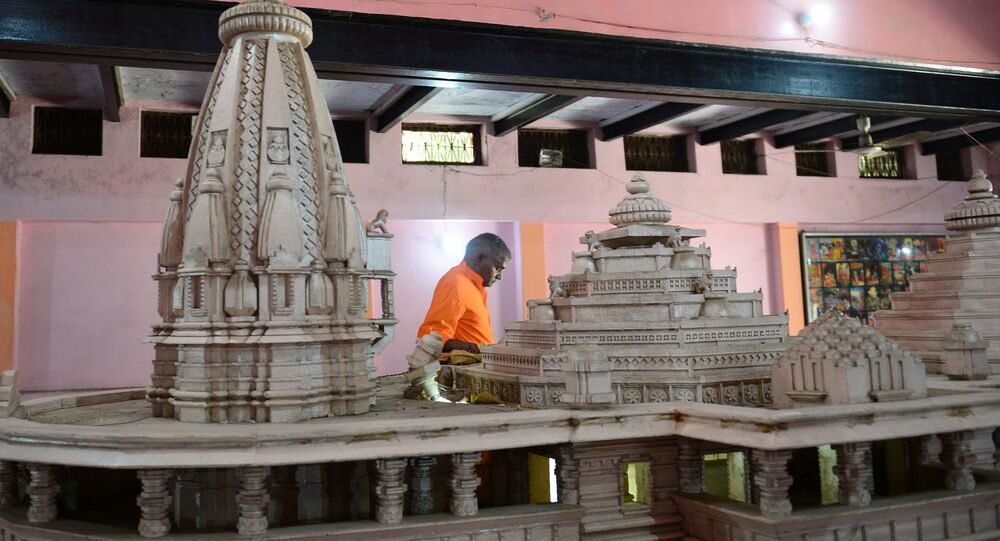 New Delhi (Sputnik): A three-storey, 161-foot tall temple comprising five domes is being built on a sprawling area of 100-120 acres of land in Uttar Pradesh’s Ayodhya city. The design has been and will be almost double the size of what was originally planned, according to the architect.

While the Hindu heartland's Ayodhya city, considered to be the birthplace of Lord Ram, is being decked up for the grand ground-breaking ceremony with Prime Minister Narendra Modi, the temple trust has unveiled pictures of the magnificent Ram Temple, which will be ready by 2023.

The temple trust, Shri Ram Janmbhoomi Teerth Kshetra, claimed the Ram Temple will be a “unique example of Indian architecture” while releasing pictures of the proposed model of the temple.

Shri Ram Janmbhoomi Mandir will be a unique example of Indian architecture.

Here are some photos of the proposed model.

This is how Ram Mandir will look like ... Amazing pic.twitter.com/sJHbD5Dm6X

​The said "architectural marvel" is being built in "Nagara style" architecture and the contract has been sourced to Larsen & Toubro. The temple complex will have four other shrines dedicated to Sita, Lakshman, Ganesh, and Hanuman, as well as other deities.

The estimated cost of construction is INR 3 billion ($40 million) and INR 10 billion ($133.3 million) and will be used for the development of 20 acres of land around the temple premises.