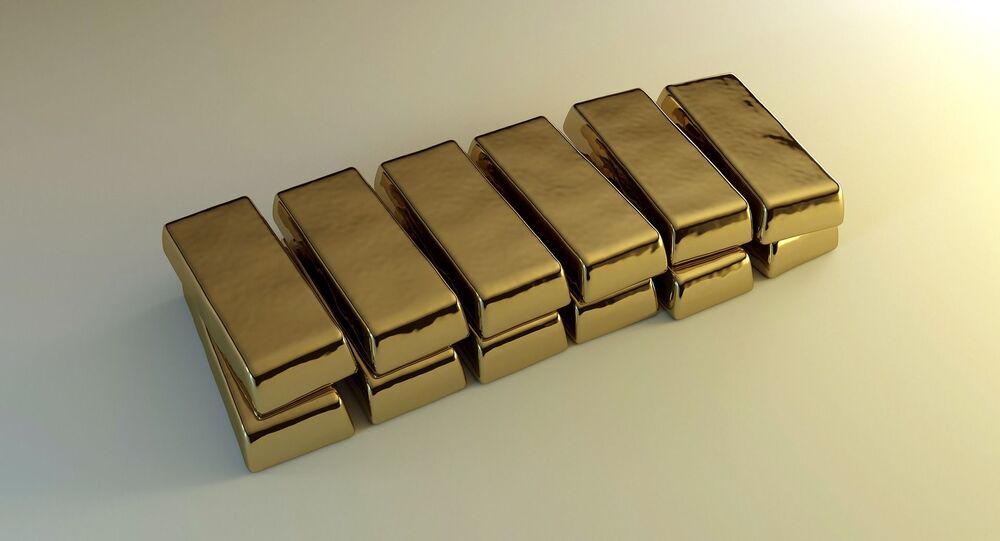 New Delhi (Sputnik): Last month, 30 kgs of gold, worth $2 million (INR 150 million) was seized from a diplomatic cargo addressed to a person in the UAE's Consulate-General by customs officials at Thiruvananthapuram Airport in Kerala.

India's anti-terror probe body, the National Investigation Agency (NIA) has arrested six people in connection with a diplomatic gold smuggling case in Kerala, a senior official said on Sunday. The number of people arrested in the case now stands at 10.

The NIA has also conducted a series of searches at six places connected with the case, including the home addresses of the people arrested.

"Earlier this week [30 July], our team nabbed two accused identified as Jalal A.M. and Said Alavi for conspiring with an already arrested accused Ramees K.T. and for smuggling gold through diplomatic baggage addressed to the UAE Consulate at Thiruvananthapuram," an NIA official said on Sunday.

On 31 July, two more accused identified as Mohammed Shafi and Abdu P.T. were arrested after being accused of playing similar roles in the crime.

"On Saturday [1 August], another two miscreants namely Muhammad Ali Ebrahim and Muhammad Ali were apprehended. The investigation revealed that these two were also a part of the conspiracy besides aiding and assisting Jalal in collecting the smuggled gold from Ramees K.T. at Thiruvananthapuram and distributing the contraband amongst other conspirators," the officer said.

Muhammad Ali is also alleged to be a member of the Popular Front of India, a militant Islamic fundamentalist organisation.

Last month, 30 kgs of gold, worth $2 million (INR 150 million) was seized from a diplomatic cargo addressed to a person in the UAE's Consulate-General by customs officials at Thiruvananthapuram Airport in Kerala.

After the case came to light, India's Ministry of Home Affairs ordered the anti terror agency to investigate the smuggling of gold through diplomatic channels in Kerala.

The UAE mission in the New Delhi has denied any involvement in the case.