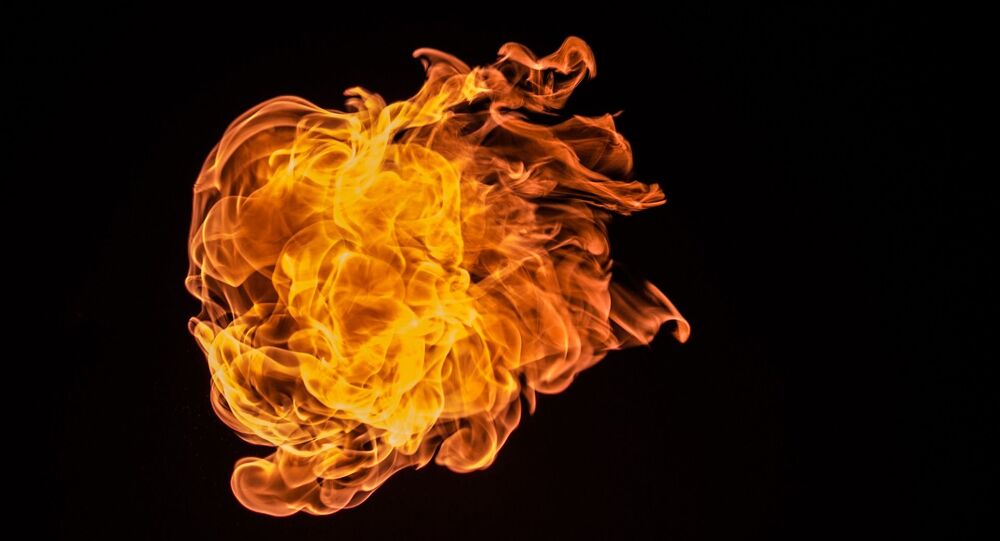 New Delhi (Sputnik): Surveys and anti-encroachment drives are said to be underway in various Indian states to identify land to support the federal government's housing for all scheme, which was launched by Prime Minister Narendra Modi in June 2015.

A woman set herself on fire on Thursday in front of revenue officials allegedly who were allegedly attempting to retrieve government land, amid incidents of farmers and land owners taking extreme steps to prevent the government taking back land from illegal settlers in Madhya Pradesh.

Three revenue officers executing the drive were left injured as a crowd began threw stones at them.

​The woman was soon hospitalised and is now said to be out of danger.

The police told media that the incident took place when officials were trying to remove crops sown on government land and a group of people protested the move.

The state government is engaged in carrying out surveys and anti-encroachment drives to identify land for building houses for the poor under the federal affordable housing scheme. This involves attempts to retrieve government land and demolish illegal structure.

In the video, police can be seen hitting the couple. The police maintained they had to use force because the couple resisted attempts to take them to hospital.

1/ These policemen must get the same treatment from the people, watch that lady! 😡 $#!

Consider this happening to your Parents?

Only the poor is going to suffer.

A Dalit couple in Guna, Madhya Pradesh tried to commit suicide in front of the police administration. #Guna pic.twitter.com/MdRpbixrRs

Leopard Rescued After it Fell into Well in Madhya Pradesh, India – Video