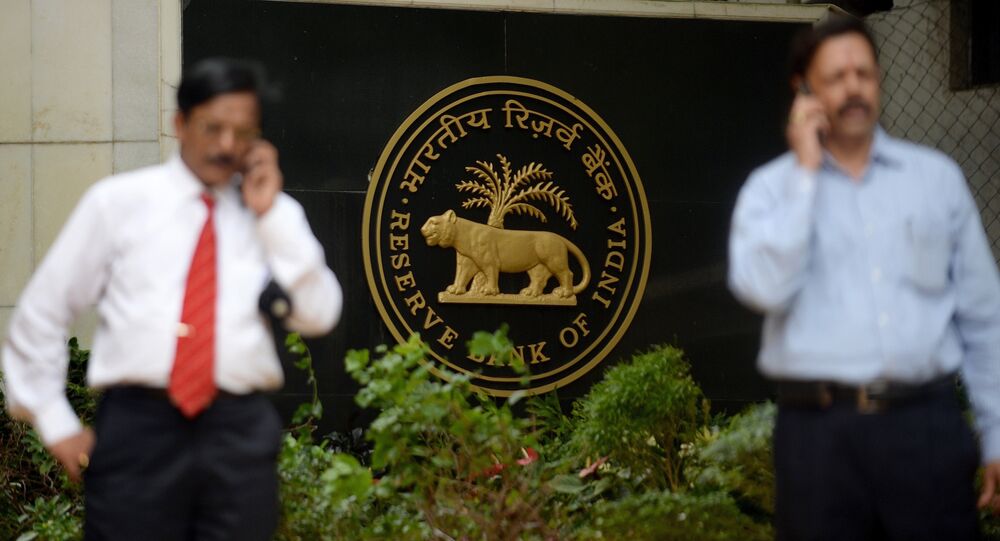 New Delhi (Sputnik): Indian banking regulator RBI had been on the forefront in the fight against the challenges posed by COVID-19. The apex bank has pumped in liquidity worth over $127.60 billion, almost 5 percent of Indian GDP, to help the economy stay afloat amid the pandemic.

The Monetary Policy Committee (MPC) of the Reserve Bank of India (RBI), which decides the key lending rates in the country, is scheduled to meet on 7 August. It comes at a time when one of the key factors, inflation, has already breached the Indian apex bank’s target level of 6 percent.

The timing of the meeting also assumes significance as India is projected to face negative economic growth in the current financial year due to COVID-19.

It’s a Catch-22 situation of sorts for the Monetary Policy Committee, which has up until now been resorting to reduction in key policy rates. But now it may find its hands tied with the retail inflation, or the Consumer Price Inflation (CPI) in June marginally crossing the target level to 6.09 percent.

© CC0
India Heads for Recession as GDP Growth Dips to Lowest Since 2012
A section of analysts and observers believe that RBI's policy rate decision will depend on whether they assess the situation as a transient supply side issue or see more of a prolonged dent to the macroeconomic fundamentals on account of the pandemic.

Explaining what options the MPC has when inflation may be seen as limiting the scope for a rate cut, economist Sunil Sinha, director of public finance at India Ratings – a Fitch Group Company – told Sputnik there were two things as far as the MPC is concerned.

He suggested that ultimately it will boil down to the assessment made by the MPC with respect to the current surge in inflation.

"If they take a view that the current surge in inflation is due to supply side disruption due to lockdown and it may be an aberration than a trend, then they may continue with an accommodative policy stance and may even go for a rate cut", Sinha said.

But if they assess that the COVID-19 pandemic is going to continue for longer than previously thought and pose further challenges on the production side as well, then they may go for a pause.

"They will not reverse the previous cuts but may hold on the current levels. So a rate cut decision depends on whether the MPC sees the current situation as transitory or one posing a prolonged challenge", Sinha added.

In fact, outlining the steps taken by the RBI in its fight against the COVID-19 pandemic, Governor Shaktikanta Das said that given the uncertainty regarding the evolution of the coronavirus curve, "it was important to take certain monetary steps".

"We have kept liquidity in ample surplus. RBI had cut repo rates by 135 bps by the onset of COVID-19 and was already in an accommodative stance", he added.

A former RBI governor, however, is of the opinion that at 6.09 percent, inflation is not too high in the Indian context.

The former governor told Sputnik on condition of anonymity, "that is not a cause of worry. Most of the small businesses are suffering from lack of demand. They are suffering on account of payments and receivables".

He said costs have gone up even though demand remains low. The COVID-19 pandemic too is in its fifth month now. "That said this time around the MPC may like to wait and watch".