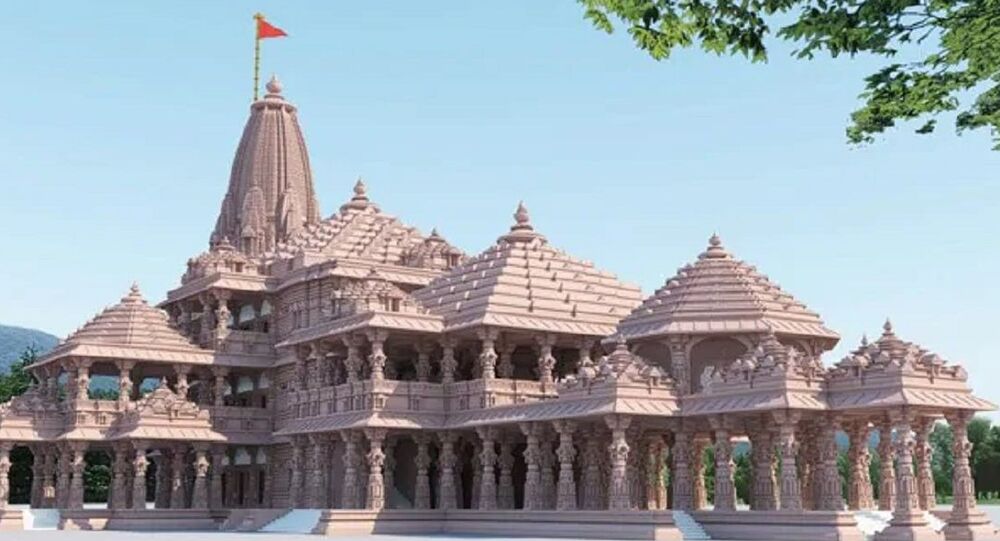 New Delhi (Sputnik): India’s Supreme Court has settled the centuries-old row between Hindu and Muslim groups over the ownership of a piece of land where a mosque existed until the 1990s in Uttar Pradesh state. The apex court cleared the decks for the construction of Lord Ram’s Temple and for the mosque to be moved to a new place.

In view of a possible terror attack, Indian agencies have been placed on high alert days ahead of the foundation stone-laying day of the iconic Ram Temple on 5 August in the country's Ayodhya town. India's prime minister is scheduled to attend the ceremony on that day.

Sources in security agencies have revealed to Sputnik that terrorists have plans to launch an attack on the day when the religious ceremony will be organised in India's Ayodhya town. Indian agencies have come to know that Pakistan's spy agency the ISI has directed the Lashkar-e-Taiba and Jaish-e-Mohammed terror groups to carry out a major strike on that day.

The agencies have further learned that terrorists have infiltrated into India in groups of three to five.

“Instructions to deploy special teams of intelligence and security agencies in Uttar Pradesh and Kashmir have been given. While India’s Ministry of Home Affairs is coordinating with the all the state police to share the information with them”, the official said.

The agencies have also hinted that the attack could be revenge for the abrogation of Article 370 of the Indian Constitution, while India’s Independence Day is also around the corner.

Officials at the agencies have been working swiftly to analyse the telephone intercepts and Internet calls that were made by the terrorists to communicate among themselves.

Last month, the director general of police in India’s Jammu and Kashmir accused Pakistan of trying to send in more terrorists through several areas and planning to carry out attacks.
According to the data provided by the security agencies, over 140 terrorists have been killed in Jammu and Kashmir this year. Dilbag further stated that over 250 terrorists are waiting at launchpads across the border to infiltrate into India.

Last year, on 5 August, India revoked the special status of Jammu and Kashmir and bifurcated it into two federally administered territories. Following this, Pakistan extended its support to the people of Kashmir.