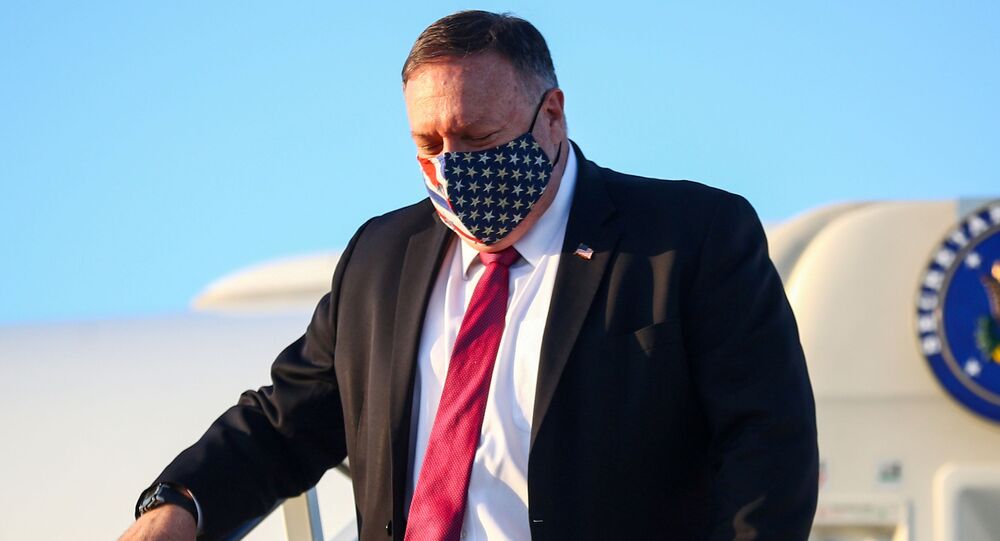 New Delhi (Sputnik): US Secretary of State Mike Pompeo in an address in London last week proposed an international coalition against China. Meanwhile, considering India’s border conflict with Beijing, Washington has offered steadfast support and cooperation to New Delhi over the past few weeks.

New Delhi should join hands with Beijing to “resolutely” promote democratisation and legalisation of international relations, stated Ji Rong, a spokesperson with the Chinese embassy in India, on Monday amid raging border tensions in the eastern Ladakh region. Ji said that India is an emerging economy and as such adheres to strategic independence.

“China and India should resolutely oppose any act of reversing the wheel of history, firmly resist hegemonism & power politics,” Rong said on Monday, in a series of tweets mentioning that Beijing is committed to finding a new path of peaceful development and win-win cooperation with other countries.

The statement comes against the backdrop of an increased level of India-US cooperation, including naval exercises near the choke point of the Strait of Malacca, a shipping line in the Indian Ocean Region through which 80 percent of China's energy imports pass.

“Some US politicians always view China with Cold-War mentality instigating containment, ideological confrontation and anti-China clique. US kept turning away from international treaties and organizations and selectively applied international law. International community knows who is real trouble-maker and threat,” Ji added, at the time when Pompeo identified China as the "main rival" of the US, and accused Beijing of taking advantage over trade, and pursuing illegal maritime claims in the South China Sea.

2/3 #China has all along been an upholder of intl order & practitioner of intl fairness & justice. Instead of seeking hegemony when growing stronger, #China is firmly committed to finding a new path of peaceful development & win-win cooperation with other countries.

Last week, Pompeo, during a press conference in London, announced the aspirations of the Trump administration to build a coalition of countries that would push China to change its political behavior.

​“We hope we can build out a coalition that understands the threat and will work collectively to convince the Chinese Communist Party that it is not in their best interest to engage in this kind of behaviour,” Pompeo said in London, cited by Reuters.

However, the Indian External Affairs Minister, S Jaishankar, suggested that the US go beyond mere alliances, advising that the Tru,p administration learn to work in a multilateral world.

"I think the US really has to learn to work with a more multipolar world with more plurilateral arrangements, go beyond the alliance with which it has grown up in the last two generations," Jaishankar said in a virtual conference organised by the US-India Business Council a few days after the Pompeo announcement.

The Chinese envoy’s statement comes at a time when Beijing and New Delhi are still negotiating disengagement along the 4,057km Line of Actual Control in the Himalayas.