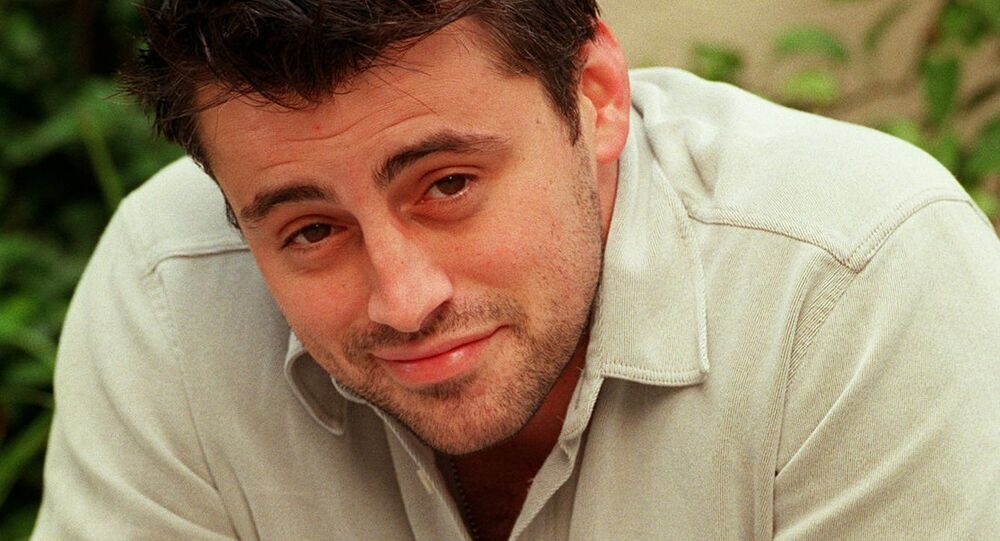 Only Dr. Drake Ramoray Can Save Us: Joey Gets Bday Love From India Even Though He Doesn’t Share Food

New Delhi (Sputnik): If you also have watched re-runs of FRIENDS – you’ll know Joey had a deal with god, that everybody could grow old but him. Well, it looks like the deal is not working out well. Matt LeBlanc, the actor who played Joseph Francis Tribbiani, aka Joey, turned 53 and his Indian fans cannot keep calm.

FRIENDS, which ran for 10 seasons from 1994-2004, has a massive following in India. It was the story of six friends living in New York: Monica, Chandler, Ross, Rachel, Pheoebe and Joey. Matt LeBlanc played Joey, a charming yet somewhat clueless Italian-American ladies’ man, who moved to the big city in the hopes of becoming a movie star.

In the series, Joey bags the lead role of Dr. Drake Remoray in a TV serial. Today, on LeBlanc’s birthday, netizens are saying Joey needs to be saved because only Dr. Drake Remoray could save us all from Coronavirus.

Celebrating his birthday, Joey-loyalists have turned Twitter into a scrapbook of his iconic dialogues from the show, amid the trending hashtags #HappyBirthdayJoey and #HappyBirthdayMattLeBlanc.

“You’ll never grow old for us,” fans write on Twitter, fondly recollecting moments from the episode where “They All Turn 30” and Joey flips out on God.

Happy Birthday to the one who never fails to make us laugh, the one who doesn't share food, the one who owns a stuffed animal and doesn't even give it to Emma.😂
Too much love for our joey tribbiani, my favourite.#HappyBirthDayMattLeblanc#MattLeblancBirthday pic.twitter.com/nIG4QS5u56

Happiest 53rd birthday
DR. DRAKE REMORAY💉
Thankyou for teaching me
"Learn to love and accept yourself for
who you are"

JOEY TRIBBIANI I love you
you're my all time favourite pic.twitter.com/y9lRfd3lRi

Happy Birthday to the one who never fails to make us laugh, the one who doesn't share food, the one who owns a stuffed animal and doesn't even give it to Emma.😂
Too much love for our joey tribbiani, my favourite.#HappyBirthDayMattLeblanc#MattLeblancBirthday pic.twitter.com/nIG4QS5u56

@Matt_LeBlanc is the only reason I've watched F.R.I.E.N.D.S. He has done some incredible stuff as Joey. Matt as an actor had to play Joey as an upcoming actor. Joey had to play Dr. Drake Ramoray in "Days Of Our Lives" and he had to act the imprint of Jessica's mind. pic.twitter.com/VNtEoQ9NOe

​In the year 2000, while Friends was airing its sixth season, LeBlanc was named one of the “50 Most Beautiful People” in the world by People Magazine.

After Friends, the model-turned-actor featured in a handful of movies and shows. He also started his own production company, called Fort Hill Productions.

The actor-producer is active on Twitter, and keeps his fans updated on his life.

Before the Coronavirus pandemic jerked the world to a standstill, the entire cast of Friends - Jennifer Anniston, Lisa Kudrow, Courtney Cox, David Schwimmer, Matthew Perry and LeBlanc himself revealed in Instagram that due to public demand, they are all coming together in their famous characters for one last time. The release of this awaited surprise reunion episode has been postponed for now due to the pandemic situation.