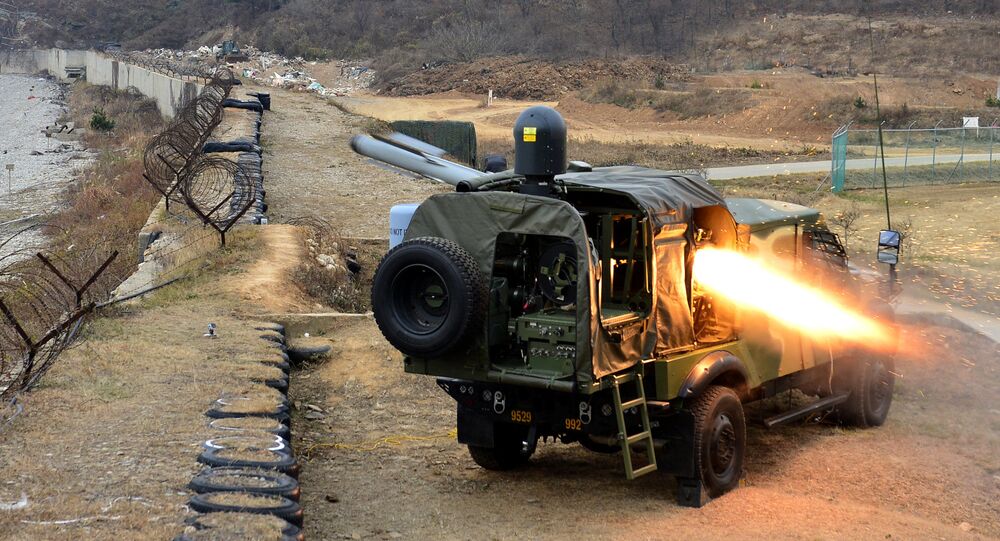 New Delhi (Sputnik): India has been trying to enhance its surveillance capabilities and firepower, amid ongoing border tensions with China. The federal government has also provided the armed forces with up to $40 million to buy emergency weapons.

India and Israel on Friday reviewed the pending supply of military hardware from Tel Aviv amid continuing tension along the border with China in Eastern Ladakh, which was the scene of a violent clash on 15 June that left 20 Indian soldiers dead and caused an unknown number of Chinese casualties.

The issue came up for discussion during Indian Defence Minister Rajnath Singh’s phone call with his Israeli counterpart Lieutenant General Benjamin Gantz. Both Singh and Lieutenant General Gantz reviewed the “progress of strategic cooperation between the two countries.”

India’s armed forces wanted to place orders for more Heron surveillance drones and Spike anti-tank guided missiles from Israel under the emergency financial powers granted by the government. Heron UAVs are already being used for surveillance by the army and air force in Ladakh.

The Indian defence ministry has been urging its military suppliers in Russia, France and the United States, as well as Israel, to expedite contractual arms deliveries in view of the current security situation in Ladakh. During a recent visit to Moscow, Indian Defence Minister Rajnath Singh sought the early delivery of a high-tech weapon system.

New Delhi and Beijing have held several rounds of talks between army commanders and diplomats in an attempt to de-escalate border tensions.  But the Chinese army has yet to withdraw from two points of friction, Pangong Tso and Depsang Valley. According to government sources, Chinese troops have encroached almost 8 kilometres deep inside Indian Territory in the Depsang Valley.

The India-China border covers the 3,488 km-long loosely demarcated Line of Actual Control (LAC), stretching from northeastern India to inLadakh. While the LAC is mainly a land border in most regions, in Pangong Tso in Eastern Ladakh, it passes through a lake. India controls the western portion of the 45-km long lake, while the rest is under Chinese control. Most of the clashes between the two countries have taken place in the Galwan Valley.