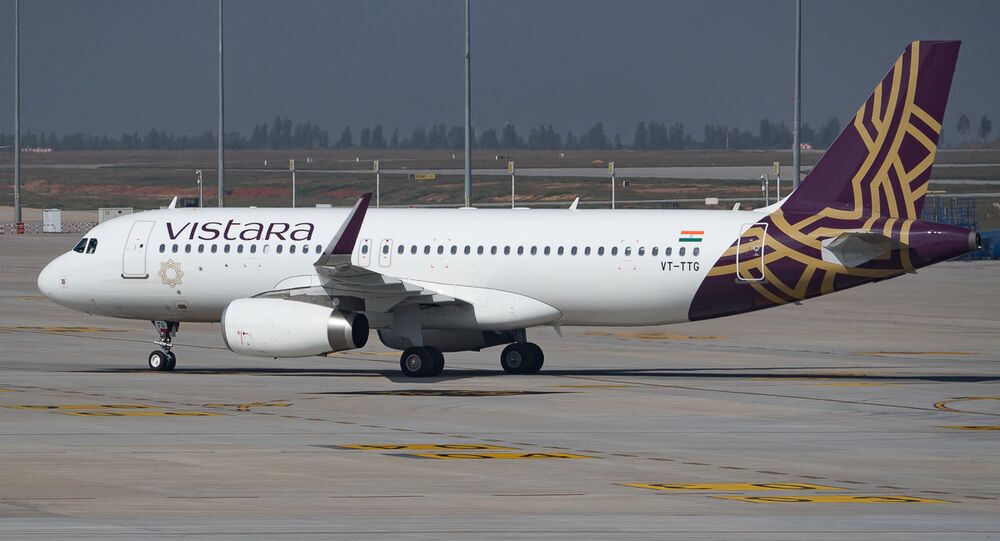 New Delhi (Sputnik): The fairly new airline Vistara is a joint venture between India's Tata Sons Private limited and Singapore Airlines. It is in the process of enhancing its fleet capacity, with an eye on international expansion plans.

Full service carrier Vistara became the first airline in South Asia to offer lie-flat beds on a narrow-body aircraft after receiving its first Airbus A321Neo on Friday. There will be 12 lie-flat seats in a 2-2 configuration in Business Class section of the flight.

​There are only few airlines across the world which offer flat beds on narrow-body jets. They include US-based JetBlue and United Airlines, and France’s La Compagnie.

“This new addition to our fleet reinforces our long-term commitment to international expansion plans, despite the challenges of the current times," Leslie Thng said.

Vistara was the fifth airline from India to receive clearance from the government in March 2019 to fly international routes. The airline, which commenced commercial operations in 2015, had aimed to commence services to Europe and Japan by 2020-21.

Narrow body aircraft are generally used for short-haul routes and don't offer flat beds. Airbus A321Neo aircraft are intended for use on short to medium-haul international routes or to reach destinations within seven hours' flying time.

However, this development comes at a time when Indian private budget carriers IndiGo and SpiceJet are in talks with the Indian government to seek permission to offer long-haul flights. Such a feature would put narrow-body aircraft at par with wide body planes in terms of comfort, as they are mostly used for long-haul routes.

Vistara's new aircraft is a part of the 50-aircraft order from the Airbus A320 family, signed in 2018 between Vistara and Airbus.