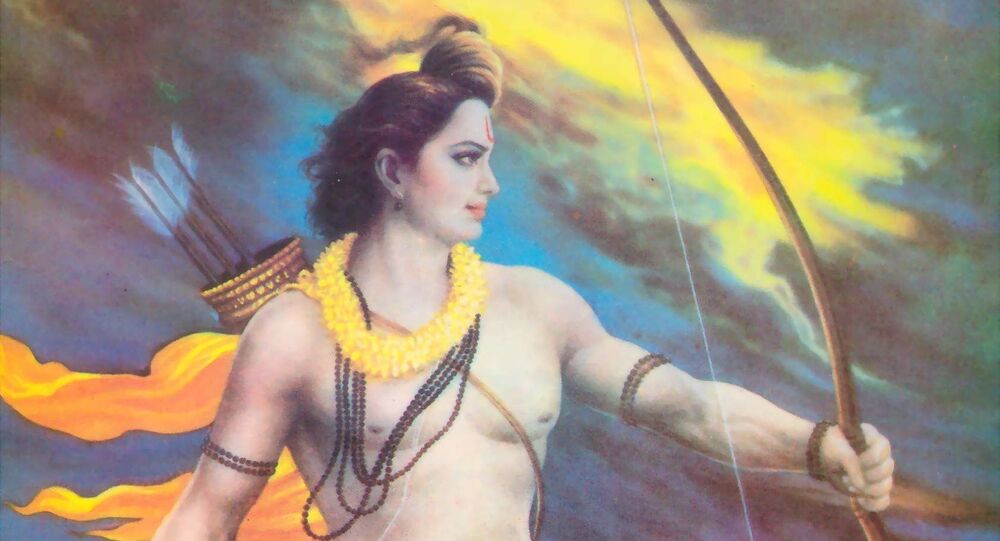 New Delhi (Sputnik): The century-old row between Hindu and Muslim groups on the actual ownership of a piece of land where a mosque existed till the 1990s in Ayodhya, was settled last November by India's Supreme Court. It cleared the decks for the construction of Lord Ram's temple and moving the mosque elsewhere in the city.

A senior lawmaker from the ruling BJP party, occupying a key post in the Madhya Pradesh state legislature, believes that Lord Ram can bring an end to the deadly coronavirus pandemic which has wreaked havoc across the world.

Revered by millions of Hindus, Lord Rama, the protagonist of the Hindu scripture Ramayana, is said to have killed the demon king Ravana in ancient times.

Sharma has said the foundation laying ceremony of the temple at the birthplace of Lord Rama in Ayodhya town of Uttar Pradesh state, will mark the beginning of the annihilation of coronoavirus.

Referring to the holy scripture Ramayana, Sharma said, "He (Lord Rama) had reincarnated for the welfare of mankind and to kill demons at that time. As soon as the construction of Ram temple begins, the destruction of the Covid pandemic will begin too.”

"Not only India but the entire world is suffering due to coronavirus. We are not only maintaining social distancing but also remembering our holy figures. The Supreme Court has ordered that Ram temple will be built,” he added.

For the BJP, construction of Lord Rama's temple at his birthplace in Ayodhya, has remained a major poll plank since its formation coming as a political party in 1980.

A Babri Mosque existed on the same piece of land for decades. But Hindu groups claimed that a temple razed by the Mughal rulers in 16th century predated the mosque. In December, 1992, a violent group even demolished the domes of mosque on the disputed land.

The verdict cleared the decks for the construction of a grand temple of Lord Ram in Ayodhya. The court had also ordered the Uttar Pradesh government to give a piece of land to the Muslims as compensation.

Immediately after the judgment in favour of the temple, a Shri Ram Janmabhoomi Tirtha Kshetra Trust, was set up by the Modi government to construct the temple.

As per the Treasurer of the Shri Ram Janmabhoomi Tirtha Kshetra Trust, Swami Govind Dev Giri, “To ensure social distancing at the programme, we have decided that there will not be more than 200 people, including 150 invitees (at the event),”