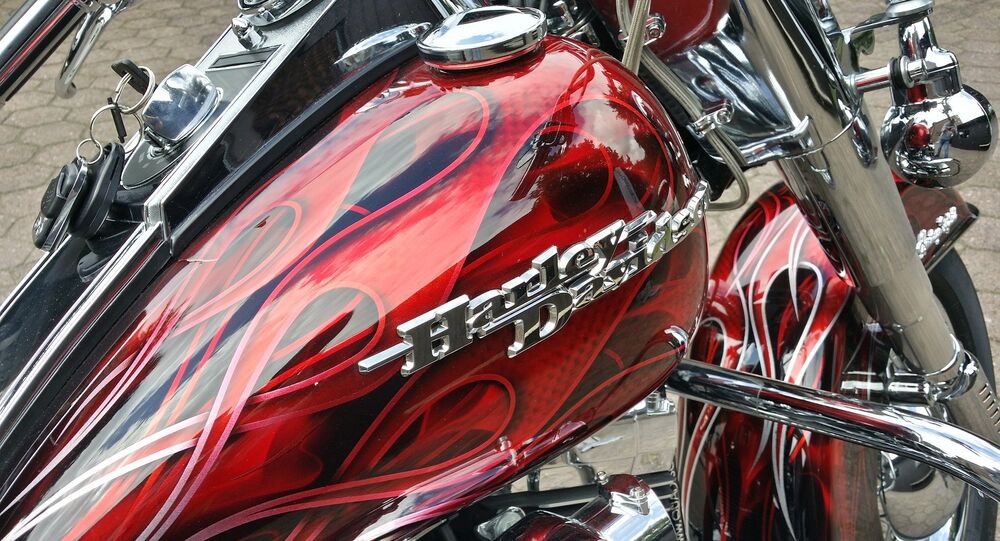 New Delhi (Sputnik): The action against activist-lawyer Prashant Bhushan and Twitter India has ignited a debate over a viral photo of the Chief Justice of India sitting on a flashy Harley Davidson bike. Some call the unspecified Tweet derogatory as it mocks the top judge for posing without a mask amid the pandemic.

India’s main court has initiated contempt proceedings against noted activist-lawyer Prashant Bhushan and Twitter India for unspecified tweets by him that have been deemed derogatory to the judiciary.

The political activist and his aide Yogendra Yadav on Wednesday shared a screenshot of the petition, saying it would be the highest contempt for the Supreme court to “waste time on a joke amidst the pandemic”.

Just read this one page (or at least the underlined portions) of the petition that appear to have triggered "suo motto" hearing against @pbhushan1
Should the SC waste its time, in the midst of a pandemic, on such a joke?
Isn't that a contempt of the highest court? pic.twitter.com/po979MOJqB

​On 29 June, Bhushan took made a comment about a viral photograph of CJI Sharad Arvind Bobde sitting on a Harley Davidson bike.

CJI rides a 50 Lakh motorcycle belonging to a BJP leader at Raj Bhavan Nagpur, without a mask or helmet, at a time when he keeps the SC in Lockdown mode denying citizens their fundamental right to access Justice! pic.twitter.com/PwKOS22iMz

​The purported petition by Mahek Maheswari said: “The remarks are too inhuman forgetting that how much honble CJI and other Justices are stretching themselves to grant justice to citizens.. They are not even enjoying vacations properly.”

The petitioner Maheshwari acknowledged in a Tweet that the contempt petition against Bhashan was filed by her.

Many took to Twitter to condemn the court's action and said that it was unjustified and unnecessary.

Seen the so-called "petition" on the basis of which the SC has allegedly initiated contempt proceedings against Prashant Bhushan. There is no point in dignifying it with a substantive response. The top court is embarrassing itself, and there is nothing more to say.

As @pbhushan1 rightly said it is a emergency without official announcement. When supreme court acts like the puppet of ruling government, how will it deliver justice to the common people. Shame.

​Bhushan has long been controversial for his statements on corruption and statements about the judiciary as well as the Supreme Court's handling of the migrant crisis. A three-judge Bench of the Supreme Court will hear the case of contempt Bhushan and Twitter India on Wednesday.