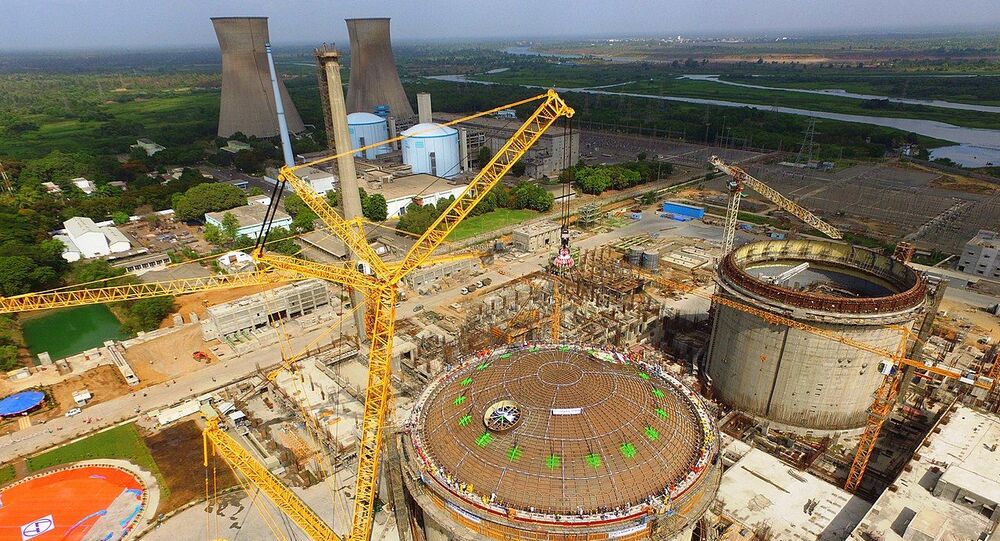 New Delhi (Sputnik): India has developed its own nuclear power generation technology, as it wasn't a signatory to the Nuclear Non-Proliferation Treaty until 2009. It developed a three-stage nuclear programme based on a closed-fuel cycle, where the spent fuel of one stage is reprocessed to produce fuel for the next stage.

India’s first domestically-built 700 MWe Atomic Power Project at Kakrapar in Prime Minister Narendra Modi’s home state of Gujarat reached criticality on Wednesday morning. Criticality is the normal operating condition of a nuclear reactor, which is reached when nuclear fuel sustains a fission chain reaction. During criticality, each fission releases a sufficient number of neutrons to sustain an ongoing series of nuclear reactions.

Kakrapar-3 is the single largest reactor in India, which has attained criticality, and was built as a Pressurised Heavy Water Reactor (PHWR). It uses heavy water as a moderator, heavy water coolant and natural uranium dioxide as fuel.

Congratulating Indian nuclear scientists, Modi said it is a trailblazer for many such future achievements.

Congratulations to our nuclear scientists for achieving criticality of Kakrapar Atomic Power Plant-3! This indigenously designed 700 MWe KAPP-3 reactor is a shining example of Make in India. And a trailblazer for many such future achievements!

​The plant was developed and operated by state-owned Nuclear Power Corporation. The first two 220MW capacity KAPS-1 and KAPS-2 units were commissioned in May 1993 and September 1995 respectively. India has several other nuclear plants but relied heavily on foreign corporations for their construction..