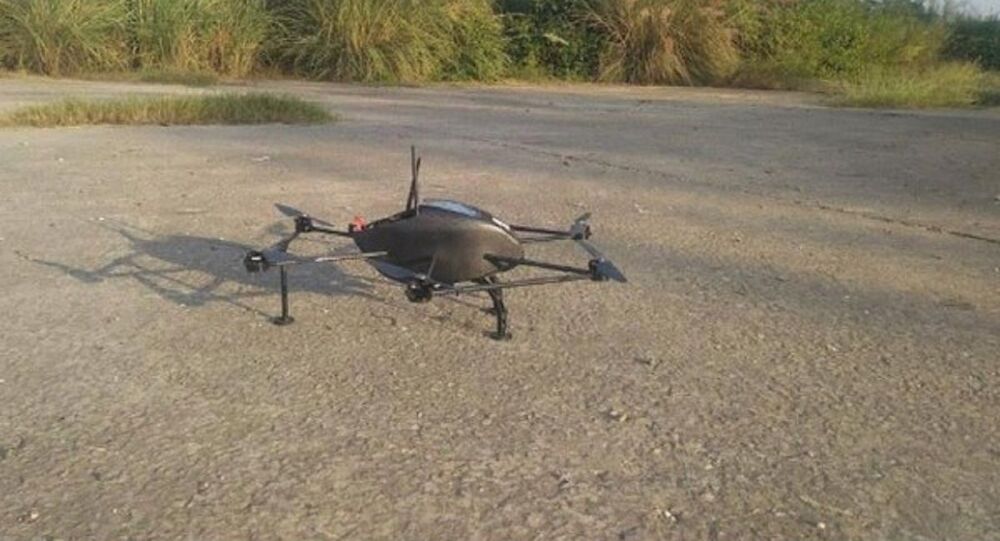 New Delhi (Sputnik): India and China have been holding diplomatic talks since last month to reduce tensions along the Line of Actual Control following their soldiers' violent face-off on the night of 15 June in Ladakh’s Galwan valley. According to the Indian government, it lost 20 soldiers during the clash with Chinese troops.

Amid the ongoing tension between India and China, India's Defence Research and Development Organisation (DRDO) has provided its domestically-developed drone named Bharat to the Indian Army for carrying out accurate surveillance along the Line of Actual Control in eastern Ladakh.

According to a senior defence official, to carry out such measures in high-altitude areas and mountainous terrain, the Indian Army required drones for accurate surveillance in the ongoing dispute in the eastern Ladakh area.

"For this requirement, the DRDO has provided the Bharat drones to us. The Bharat series of the drones can be listed among the world's most agile and lightest surveillance drones", the official said.

​A DRDO official stated that these small yet powerful drone works autonomously at any location with great accuracy.

"The drone is equipped with artificial intelligence to detect friends and foes and can take action accordingly while the unibody biomimetic design with advance release technology is a lethal combination for surveillance missions", the DRDO official said.

He further mentioned that the drone has been made capable of surviving in extreme cold weather and is being developed further for harsher weather.

With transgression by Chinese troops along the LAC a major challenge, the drone also provides real time video transmission during and can even detect humans hidden deep under forest cover.

"The drone is also equipped with advanced night vision capabilities. It can also operate in swarm operations while the drone has built in a way that its signature remains undetected from enemy radars", the DRDO official said.

In the last few days, India has been reinforcing its defence strategies with the induction of more advanced weaponary from Russia, the US, and Israel, given the geopolitical situation in its neighbourhood. On Tuesday, Defence Secretary Ajay Kumar confirmed that the Indian Air Force will induct the first batch of five Rafale fighter jets from France.

Last week, Indian Defence Minister Rajnath Singh during his two-day visit to Ladakh stated that no country in the world can touch or occupy even an inch of India’s territory.

The visit came at a time when India and China have been engaged in negotiations to disengage in Depsang Valley and Pangong Lake, where Chinese troops have been camping in the four finger region.

Since April, India and China have been engaged in a border standoff at several different points along the Line of Actual Control.