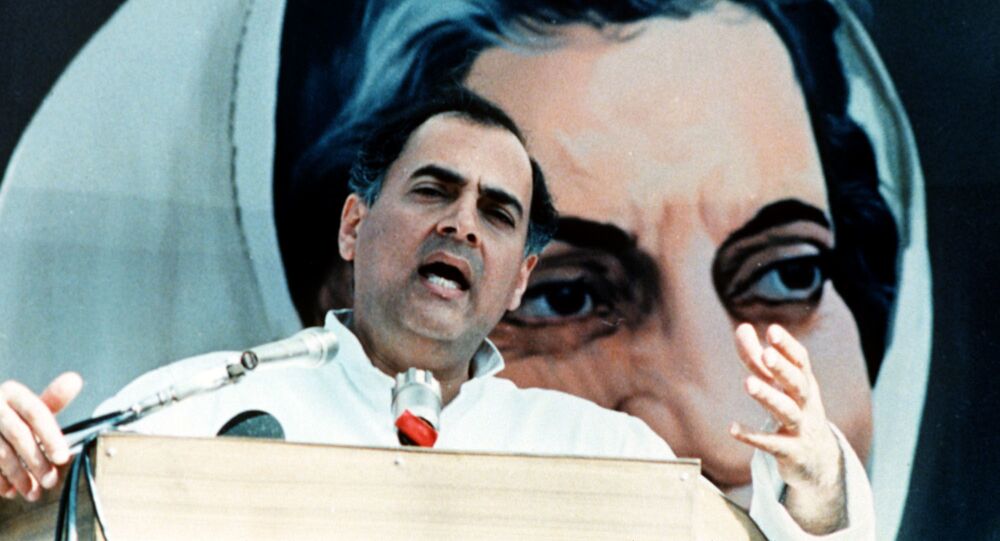 New Delhi (Sputnik): Former Indian Prime Minister Rajiv Gandhi was killed in a suicide bombing attack led by a militant separatist group called Liberation Tigers of Tamil Eelam (LTTE) on 21 May 1991, at an election rally in the southern Indian state of Tamil Nadu.

Serving a life sentence in jail since 1991 for playing a key role in the assassination of former Indian Prime Minister Rajiv Gandhi, Nalini Sriharan tried to kill herself in prison on Tuesday. She did it following a conflict with a fellow inmate, her lawyer has revealed.

The incident has prompted Nalini's husband, who is also serving a life term in prison for playing a role in the assasination, to demand her transfer citing safety concerns.

Nalini, along with six others, was convicted for the assassination of the Congress Party's Rajiv Gandhi, who was also the son of India's first woman Prime Minister Indira Gandhi. The death sentence of the convicts was later commuted to life imprisonment.

Rajiv Gandhi was killed by a female suicide bomber during an election rally in 1991 in the Indian state of Tamil Nadu.

The woman who carried out the suicide bombing belonged to the Sri Lankan militant and separatist organisation Liberation Tigers of Tamil Eelam (LTTE). She came up to Gandhi to greet him during the rally, bent down to touch his feet in a mark of respect, and blew up herself.

The LTTE organisation had been demanding a separate homeland in Sri Lanka for Hindu Tamils on the basis of ethnic identity different from the majority Sri Lankan Tamils, also known as Sinhalese Buddhists.

Rajiv Gandhi was detested by this separatist group for sending Indian peacekeeping forces to suppress the movement led by the LTTE - people from his own country in Sri Lanka. The founder of the group, Prabhakaran, was killed by the Sri Lankan military in 2009.