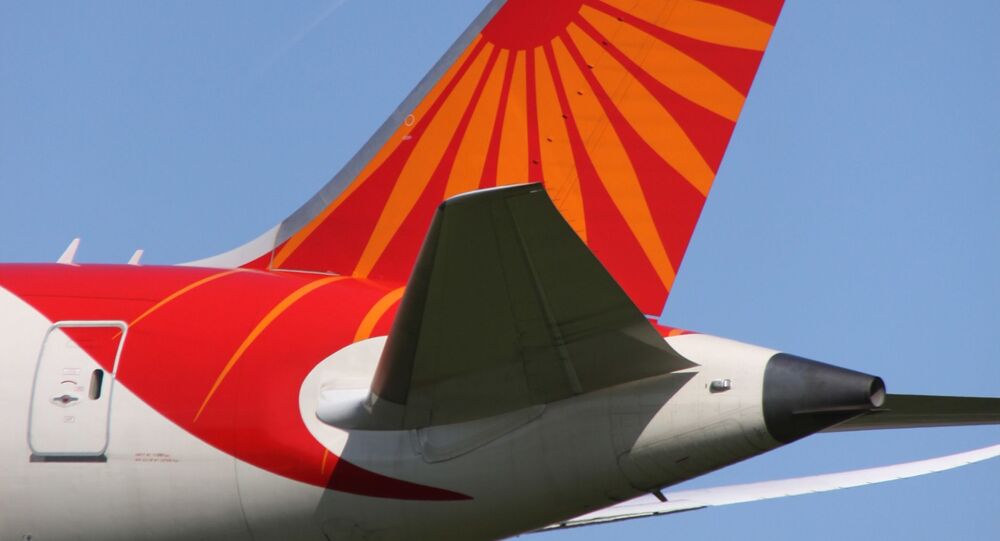 New Delhi (Sputnik): India's bleeding national carrier Air India, had announced a voluntary Leave Without Pay (LWP) scheme for its employees, in view of mounting running costs during the lockdown period. Air India said its operations during the almost five months of lockdown were "a small fraction of the prior COVID level operations".

The Indian Commercial Pilots Association, representative body of pilots with the country’s national carrier Air India, has opposed management's move to furlough some employees and slash their wages by 60 percent.

“Any unilateral change by Air India from agreed upon wage settlement would be illegal and not be in the interest of our national carrier at this crucial juncture. Such a situation has the potential to flare to an unprecedented magnitude", said the Indian Commercial Pilots Association on Monday in a letter to the chairman and managing director of the national aviation company.

A Leave Without Pay (LWP) scheme announced on 14 July "primarily enables employees to avail [themselves of] the benefits of proceeding on leave without pay on a VOLUNTARY basis. The LWP scheme has been introduced for grant of leave without pay and allowances for permanent employees for a period of six months/two years, which is extendable up to 5 years".

Air India said the COVID-19 outbreak has seriously impacted the airline sector and currently the airline's operations are a fraction of their pre-COVID levels.

The pilot body also refuted a claim by federal Civil Aviation Minister Hardeep Singh Puri that Air India's management was "in negotiations with the pilots".

ICPA said, "In the press conference by Civil Aviation Minister Hardeep Singh Puri on 16 July, you had stated 'we are in negotiation with the pilots' which is far from reality".

"It was not a negotiation, but the diktat of MoCA (Ministry of Civil Aviation) which was conveyed to us. We would also like to place on record that the so-called negotiation was ‘not harmonious' in any aspect", the pilot association said.

Puri has tried to mock two opposition parliamentarians and a journalist for raising the issue, saying "The 'cause' was also taken up either separately or in pursuance by another MP & a famous journalist who have their spouse/partner employed by the airline".

An opposition MP wrote a letter to me describing a VOLUNTARY Leave Without Pay Scheme of an airline as inhuman!

The 'cause' was also taken up either separately or in pursuance by another MP & a famous journalist who have their spouse/partner employed by the airline. pic.twitter.com/4WGjR052sJ

​The federal government has been looking to sell stakes of Air India for some time, but this has been hampered by the coronavirus pandemic which has severely the aviation industry worldwide. Air India's cumulative debt as of 31 March 2019 was $8.022 billion.

Air India made a seventh attempt in the last week of June at strategic disinvestment by way of transfer of management control and the sale of 100 percent equity share capital held by the federal government. It also includes Air India’s shareholding interest of 100 percent in its subsidiary Air India Express Limited and 50 percent in an airport services entity.