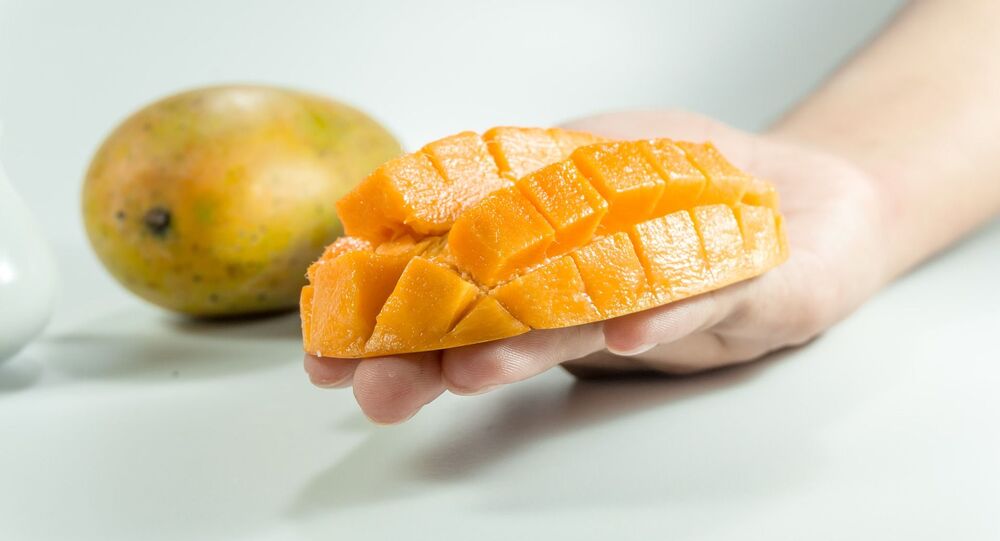 New Delhi (Sputnik): The Indian state of West Bengal was torn apart by a severe cyclone, Amphan, from 20-25 May taking the lives of 98 people and damaging thousands of houses and buildings, uprooting trees and electric poles, besides damaging crops. The state was already reeling under a lockdown imposed on 25 March to contain COVID-19.

India's lockdown, imposed as a containment measure to restrict the spread of COVID-19, severely affected the movement of seasonal farm produce, besides other economic activities. Large tracts of mango orchards in West Bengal, one of the highest mango-producing states in the country, were uprooted or torn down in high velocity winds and rain.

"The Malda district alone in West Bengal produces an average of 500,000 to 550,000 metric tonnes (MT) of mangoes every season. This year, due to lockdown, demand was too low, second there was no means of transportation for whatever demand was there. On top of it, Cyclone Amphan damaged standing crops in huge areas", Ujjwal Saha, President of the Malda Mango Merchants Association told Sputnik. "The cumulative loss this year was about $133.5 million", he added.

Malda alone has 80,000 mango orchard owners, who cultivate around 31,000 hectares. Ninety percent of the district's population is directly or indirectly dependent on the mango economy.

"The mango season usually starts in May. But this year it was a completely different situation. We don't know how to compensate for the loss of revenue, as most of our crops were damaged in the cyclone, while for the rest there were no takers", said a orchard owner.

Indian mangoes constitute around 40 percent of global production and exports are sent almost everywhere, including Europe, Arab nations, the US, and Russia.

According to the federal National Horticultural Board, about 22.9 million hectares in India is used for mango cultivation.