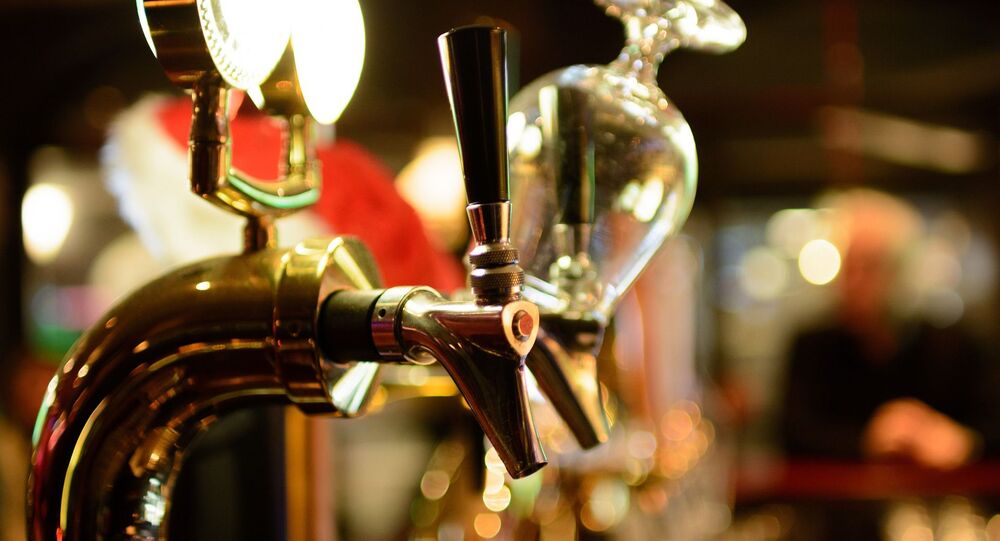 New Delhi (Sputnik): What was throbbing techno music in pubs and bars is now deafening silence, as night life in India has come to a halt. With no relief in sight, bar owners have sold their liquor back to retail shops. Many also note that their beer will soon expire and have urged the government to waive excise duties to compensate for their loss.

“We had faced a major slump in business in 1960s but this COVID-19 killed us. Things were never as bad as they are now.”

Over a dozen bar owners who closed their decades-old businesses at India’s iconic British-era Connaught Place market have detailed to Sputnik the impact of the COVID-19 pandemic on their businesses. Popularly known as CP, Connaught Place holds around 150 bars where, on an average, around 40,000 people would formerly visit on a daily basis.

Similar sentiments were expressed by owners in Sector 29, Gurgaon-Delhi’s suburb where over a hundred bars have been closed during the last three months due to the pandemic. These bars, once packed with thousands, previously sold beer brewed by modern distilleries in Europe and China.

With a $7-billion market, beer is the second most popular alcoholic beverage in India, after whiskey. Also, the craft beer industry - which brews the drink in the traditional, non-mechanized way - was also booming before the lockdown.

Small breweries, bars and retailers are now staring at loses as beer stocks reach their expiry period, as pubs and bars remain closed across country despite the beginning of the phased lifting of lockdown restrictions in the country in June.

Amit Arora, the president of the Delhi Liquor Retailer Association, estimated the economic loss of beer gone bad during the lockdown to be in the millions.

"Restaurant owners and retailers, everybody is crying. They are lost. The liquor industry is operating at only 20 percent sale. The long queues outside liquor stores after lockdown were only a temporary phenomenon," he said.

Ready to drink liquor, which includes beer and 'breezer', comes with a shelf life of six months. As it takes over a month for beer from abroad to enter India, stocks are already facing decreased validity and many have expired during the lockdown period. This has significantly affected hotels, restaurants and retailers across the country.

While liquor stores were allowed to resume operations in first week of May after a two-month lockdown, restaurants, bars and pubs with micro-breweries have been closed since 25 March when the nationwide lockdown was imposed.

Facing loses and the risk of expiring beer stock, the Delhi government allowed breweries to sell stocked beer to liquor shops as a one-time relaxation of the Excise Duty Act - which allows restaurants, bars, hotels and clubs to sell liquor to customers.

The state government in Karnataka has also allowed micro-breweries to sell existing beer stock as takeaway.

"The government should have taken this step of selling the beer much earlier. It's too late now. They are asking us to sell the beer which is already perished or is about to. Why would a liquor store buy beer like that," stated Amit, who is also distributor and retailer of liquor.

Similarly, the $93-million wine industry in the country is in dire straits, with loses mounting up to $20 million after the lockdown period. To make up for the losses, wine sellers are mulling an increase in retail prices.

Amit explained that wine requires storage at a particular temperature to prevent it from going bad. After the lockdown began, people shut their stores for months and much of their stock expired.

Bar owners and micro-breweries in several states have demanded a relaxation in paying the licence fee and excise duty, although whether it is a viable option under the circumstances remains a concern.

Ved Jain, a tax expert, tells Sputnik that the government has no other option other to roll out a tax relaxation, as if they do not, they will lose all of the tax money.

"The question is if the government doesn't do it, the bar owners and retailers have no option but to either to shut down or surrender their microbrewery license," he said.

Tax collection on liquor accounts for at least $26.66 billion in India annually. The excise duty on liquor is the third largest source of revenue for the governments in Indian states.

The Reserve Bank of India in its annual publication pointed out that the 2019-2020 excise duty on the sale of alcohol across India was estimated at $24 billion.

On being asked how important the relief is, Jain says, "There are many sectors that are bleeding and require this kind of relief. But for licensed bars and micro-breweries, the question is of survival. Also, this money goes into the pocket of the state government."

Taxes on liquor comprise an estimated 15- 25 percent of the revenue collected by the states in the country.