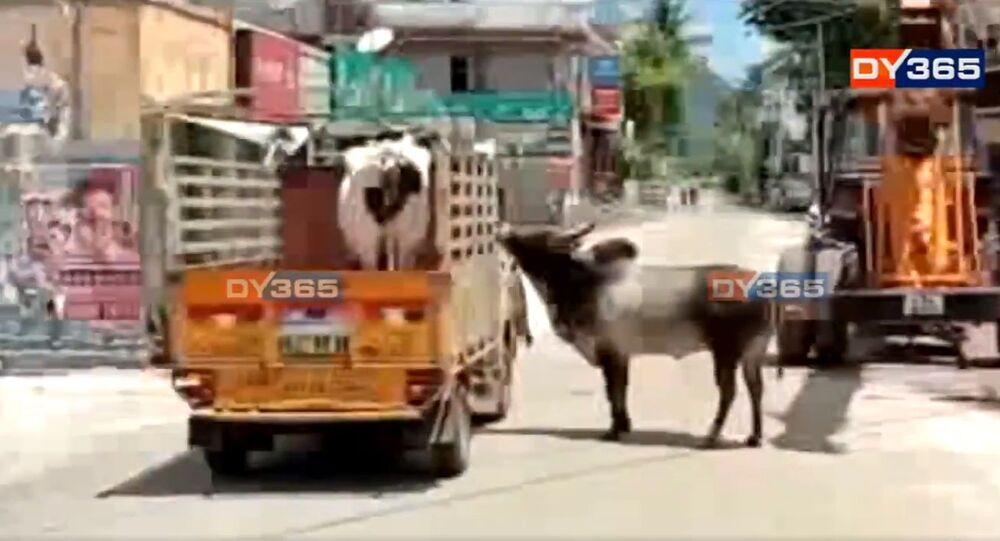 New Delhi (Sputnik): The heartwarming incident, a story of love and the strong bond that can exist between two animals, caught the public eye in the southern Indian city of Madurai, where cows are held in high regard.

Unable to bear separation from its companion, a bull in India gave chase to a mini-truck carrying a cow who was sold off to someone else by its owner in the Indian state of Tamil Nadu.

A video of the agitated temple bull circling the mini truck, sticking its head against the vehicle and then chasing it has gone viral on social media. It also shows the helpless cow looking at the bull, who is trying its best to stop the vehicle through the grill. As the vehicle departs the place for a new destination, the bull chases it for about a kilometre.

​According to reports, the cow belonged to Muniandiraja, a resident of Madurai. He was forced to sell the cow due to financial difficulties he was facing due to he COVID-19 pandemic.

Touched by the viral video, O. P. Pradeep, son of the deputy state chief of Tamil Nadu, paid the new owner for the cow and reunited the two animals.

WATCH: Bulls Forced to Jump Through Fire as Harvest Ritual in India