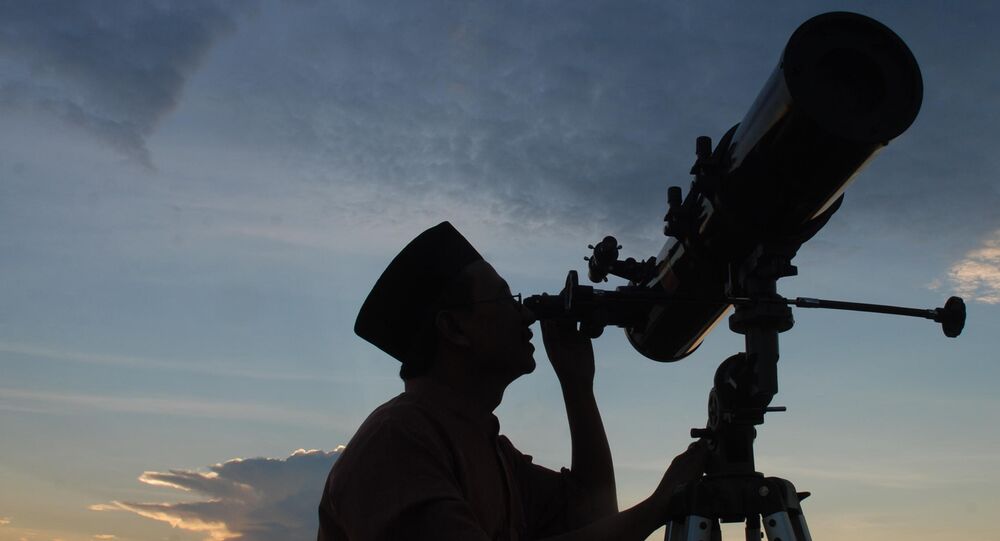 New Delhi (Sputnik): NASA calls it the 'NEOWISE' Comet, and this interplanetary snowball is passing by earth right now, leaving sky gazers star struck. According to the US space agency, the 5 km-wide comet has remained so "unexpectedly" bright that it can be seen with the naked eye.

India is set to observe the celestial phenomenon of a comet passing overhead. The NEOWISE Commet (C/2020 F3) will be visible in the evening sky for 20 minutes starting from 14 July and for the next 20 days.

To spot the celestial event, Indians will have to look to the northwestern sky 20 degrees from the horizon after the sunset. After 20 days, the comet will disappear again into the vastness of space.

Observers have reported that sky watchers will probably first have to spot the comet with binoculars, but the space beauty may also be seen with just the naked eye.

What is the Neowise Comet?

Comet C/2020 F3 was discovered in March 2020 from a space observatory. It was named after its discoverer, the Near Earth Object Wide-field Infrared Survey Explorer (NEOWISE).

It is believed that the comet passed closest to the sun on July 3, 2020 and is said to have survived an encounter with the star and an intense roasting by the Sun while it passed through Mercury's orbit.

This snowball of frozen gases will now cross outside Earth's orbit, and by mid-August, it will vanish on its journey to the outer reaches of the solar system.

Several astronauts have spotted the comet from the international space station and the beautiful sight has been captured by astrophotographers.

Why Neowise is special

Though astronomers are still waiting for an extremely bright comet named 'Great Comet' this icy visitor has surprised experts with its visual magnitude between 1 and 2 - the smaller the number the brighter the object. It is so bright that it should be visible to the naked eye.

The celestial object's ion and dust tails emanate from a nucleus spanning about five kilometers across.

While the comet is a glorious beauty, is still not categorized as a Great Comet, such as the Hale-Bopp Comet seen in 1997.

Star gazers are advised not to miss this rare phenomenon, however, as the next glimpse of Neowise from Earth will not be until around 8,786!