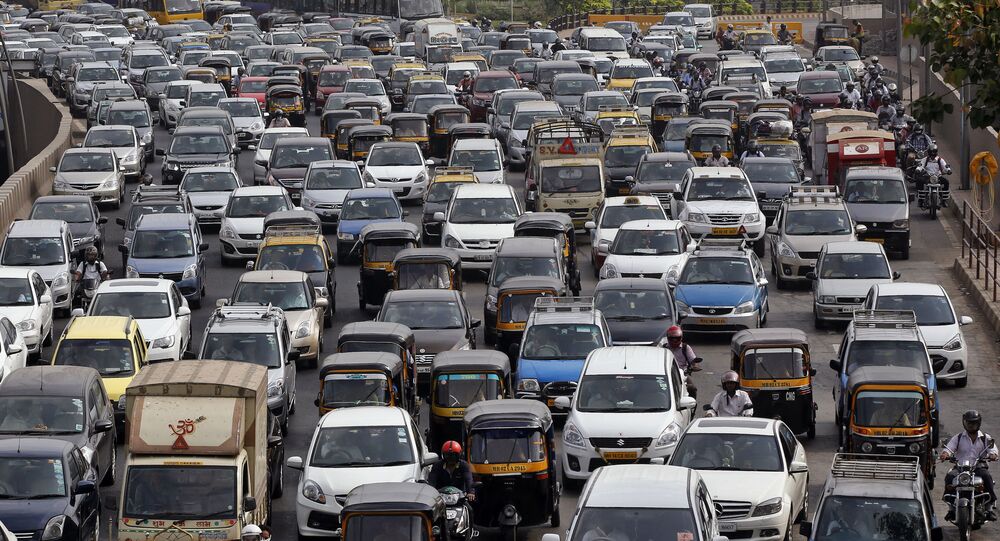 New Delhi (Sputnik): Traffic on the busiest street in India's financial capital, Pedder Road, was briefly interrupted after a Bollywood film-like scene occurred in full public view due to a quarrelling married couple.

A woman in India’s Mumbai caught her husband with a female passenger in his car and created a ruckus on the road, police said on Monday.

According to the police, the incident occurred as a woman was chasing her husband’s Range Rover and blocked his car on Pedder Road in Mumbai. She suspected her husband was having an extramarital affair.

A viral video of the incident shows the woman obstructing her husband’s car while yelling at him to step out, she even climbed on the bonnet of the vehicle. When the man stepped out the car, she kicked him. The video also shows police personnel managing the traffic.

Police had to intervene in order to prevent a traffic jam on the road. The couple was then taken to a nearby police station.

“A ticket was issued to the woman for obstruction of traffic. However, the couple refused to lodge any complaint against each other", said Pravin Padval, additional commissioner of police (traffic).