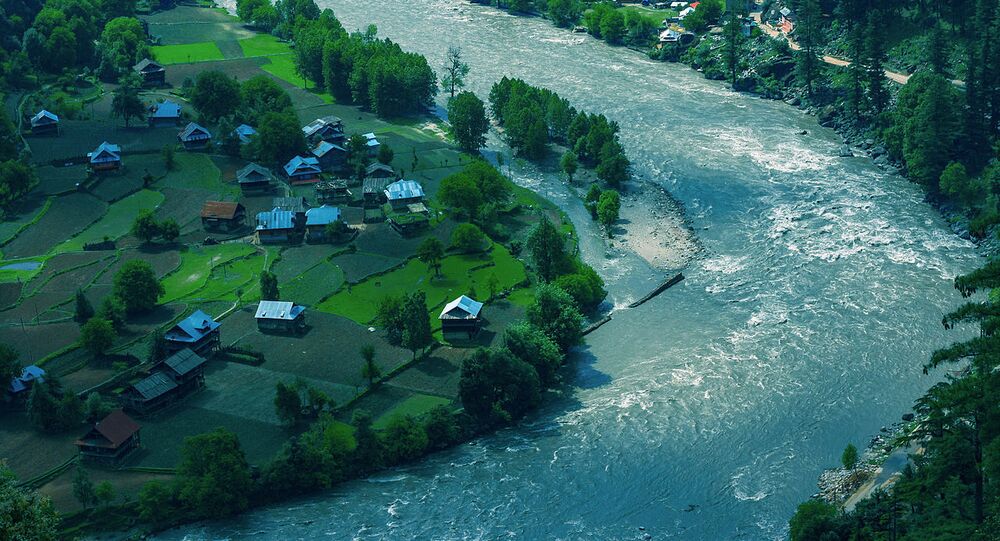 New Delhi (Sputnik): A recent letter purportedly written by the top of Kashmir’s separatist movement Syed Ali Shah Geelani urging people to observe a shutdown on 13 July, Martyr’s Day, has gone viral on social media. The Jammu and Kashmir police later opened a case in the matter, claiming the letter to be fake and originating in Pakistan.

Ashraf Sahrai, a rebel leader advocating Kashmiri independence and other members of banned Pakistan-based political party Jamaat-e-Islami were arrested at their homes in Srinagar on Sunday by the Jammu and Kashmir police.

Sahrai has been booked under the Public Safety Act (PSA), which allows for the detention of an accused individual for up to two years without a trial or charge. He is the chairman of Tehreek-e-Hurriyat, an umbrella alliance seeking Kashmiri independence.

The arrest comes a day before controversial Martyrs' Day, which is observed by Kashmiris both in India and Pakistan to pay respect to 22 Kashmiri people who were allegedly killed in 1931 by the then-Maharajah’s forces in Kashmir. The day was removed from the official holiday list by the Bharatiya Janata Party (BJP) in 2019.

Sahrai's son was killed in an encounter in Srinagar in May 2020. He was a divisional commander in the terrorist organisation Hizbul Mujahideen. Director-General of Police (DGP) Dilbagh Singh told PTI that he was wanted in several cases.

The Kashmir Valley is currently witnessing a surge in terrorism. Kashmir militancy dates back to the 1990s, when Kashmiris began demanding independence. India has accused neighbouring Pakistan, which also lays claims to the region, of infiltrating and fuelling the separatist movement.