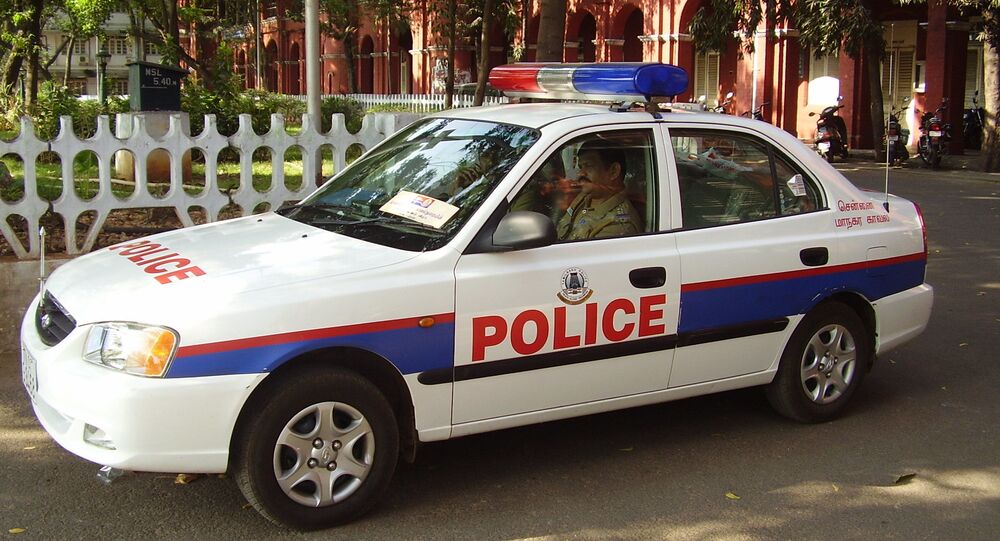 New Delhi (Sputnik): A wanted Indian gagster was killed early on Friday while he was being brought from Ujjain in Madhya Pradesh to Kanpur in Uttar Pradesh. According to police, the gangster was shot, when he snatched a pistol from a policeman after the vehicle in which they were travelling overturned and tried to run away.

The killing of a wanted gangster in an "encounter" in Uttar Pradesh has kicked up a political row in India. Several political parties including the main opposition Congress Party has demanded a judicial probe, because it claims the gangster Vikas Dubey was done away with to cover up his alleged political links.

"The whole state knows he (Vikas Dubey) was getting political protection from those in the ruling party. Congress Party demands a judicial inquiry by a sitting Supreme Court judge to unravel the truth behind the entire episode and expose those who protected him", Vadra said in a video message in Hindi.

​Former state chief and leader of the Bahujan Samajwadi Party Mayawati also demanded a probe monitored by the apex court into the whole episode.

Mayawati demands SC-monitored probe into Vikas Dubey’s encounter - lucknow - Hindustan Times https://t.co/iuSERcvb6c The Govt should accept demand of an enquiry into #vikasDubeyEncounter , as it would unravel the truth and expose all those who helped Crimanalisation of Politics.

​"Killed in an encounter. Predicted by many, willful incompetence. Or, is it a conspiracy to destroy evidence linking Vikas (Dubey) to certain parties and individuals?", asked Congress lawmaker and former federal minister Kapil Sibal.

​"The car overturned but the government has been saved from being overturned because of secrets", tweeted Akhilesh Yadav, another former chief of Uttar Pradesh in Hindi.

​Vikas Dubey, who was alleged to have been responsible for the ambush and killing of eight policemen during a raid, was arrested in Madhya Pradesh’s Ujjain on Thursday. Madhya Pradesh police had handed him over to their counterparts from Uttar Pradesh.

According to a statement by Uttar Pradesh police, the gangster was shot dead 20 kilometres from Kanpur. The gangster snatched a service pistol from one of the policemen escorting him and tried to run away. Police chased him and asked him to surrender, but he didn’t listen and started firing at the police. He was then shot and later died in a hospital.

Doctors have declared him (Vikas Dubey) dead: SP Kanpur West, after gangster Vikas Dubey was brought to Kanpur's LLR Hospital following police encounter. According to police, Dubey had attempted to flee by snatching pistol of the injured policemen after car overturned. pic.twitter.com/oBfBCQHnfq

​Hours before Vikas Dubey was killed, a Mumbai-based lawyer had moved a plea before the Supreme Court of India seeking protection for the gangster. The lawyer Ghanshyam Upadhyay had said Dubey’s aides were killed in "fake encounters" by the Uttar Pradesh police, so Dubey too was likely to face the same fate now that he is in police custody.

Vikas Dubey had 62 criminal cases against him in Uttar Pradesh including five cases of murder and eight cases of attempted murder.