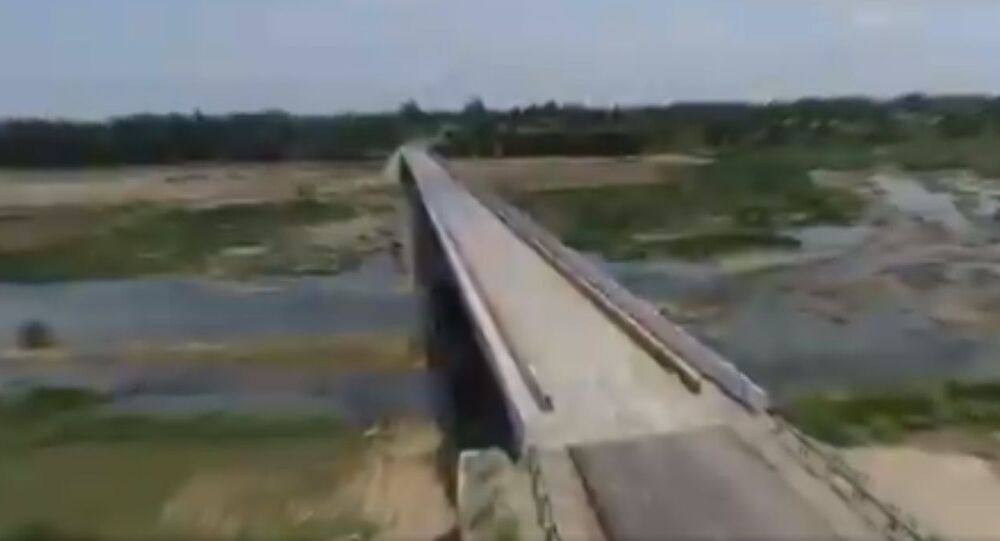 New Delhi (Sputnik): The Border Roads Organisation, responsible for infrastructure development in India's border areas, has been constructing 61 roads in regions ranging from Arunachal Pradesh to Uttarakhand and Jammu and Kashmir.

India often engages in cross-border fire with Pakistan along the 740 km Line of Control with Pakistan, and has reduced the troop deployment time along the border with six new bridges in Jammu and Kashmir. The Tarnah-II bridge on NH-44 will provide easier access to troops and army convoys from Pathankot to Jammu.

​Considering the heightened cross-border firing that takes place in the remote areas bordering Pakistan, these bridges will facilitate the movement of the Armed Forces in these strategically important sectors.

Out of the six bridges, constructed at a cost of US$ 6 Million, four are located in the Akhnoor sector and two in the Jammu-Rajpura area. Earlier in the week, the defence minister had a review meeting with BRO officials on improving the infrastructure near the Line of Actual Control with China and the Line of Control with Pakistan (LOC).

In May, the minister had inaugurated an 80 km road at Lipulekh Pass, easing access to the border with China. The Indian government has also approved an additional $225 million for strategic road projects in Uttarakhand and Jammu and Kashmir.

China had objected to India’s rapid infrastructure development along the 4,057 km LAC, resulting in an over 9-week stand-off between the armies.

Along with 61 roads, BRO is working on 17 highways along the eastern border areas. They are being converted to double lanes and for use as airstrips for fighter jets during war-like situations. The highways will have weapons storage dumps, landing lights, fuel, and firefighting equipment.