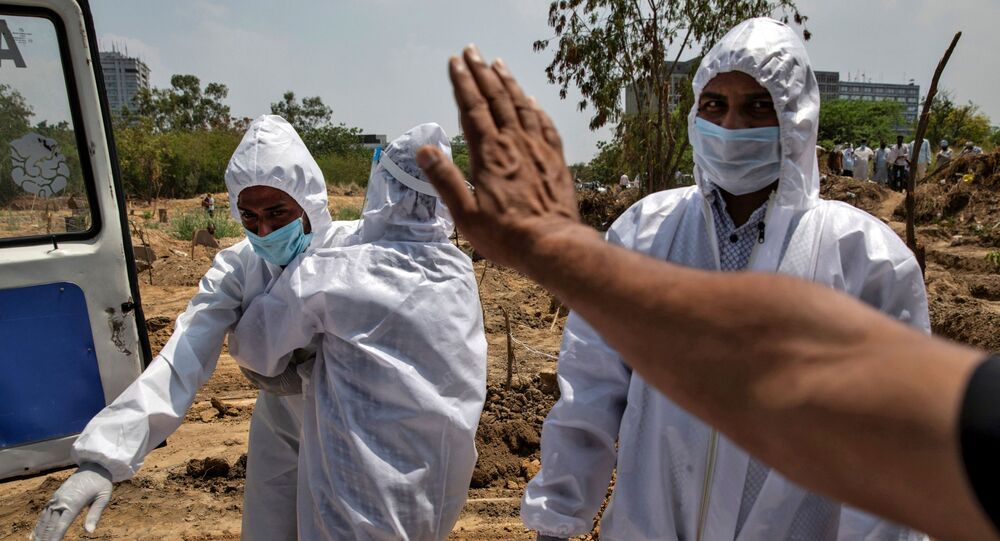 New Delhi (Sputnik): 3,165 people have died from COVID-19 in India's capital, more than in any Indian city other than Mumbai. Delhi's state government had last month come under scrutiny for hiding the number of deaths in the capital and problems facing its hospitals, which have been overwhelmed by the mounting case load.

Delhi State Chief Arvind Kejriwal has directed the Health Secretary to share a detailed analysis of factors behind all COVID-19 deaths in the capital over the last two weeks.

Kejriwal stated the objective is to take measures to further reduce COVID-19 deaths in the capital, which has the second highest number of deaths and crossed the 100,000-mark in the total number of cases recently.

The state chief has also asked all private and state-owned hospitals to take feedback from survivors and counsel them at the time of discharge to donate plasma after 14 days of recovery.

Last month, the Aam Aadmi Party chief came under fire for "hiding" the actual number of deaths in the capital after civic authorities claimed that the number of COVID-19 fatalities in Delhi is twice the number stated by the government.

Kejriwal has then claimed that a Death Audit Committee comprising senior doctors is "working impartially" to asses the deaths caused by the contagion and asked the civic body "not to play blame game but cooperate".

Delhi witnessed a major spike in the cases reported in June with an average of 3,000 cases registered every day. The state administration was criticised for its lack of facilities and the  "inefficient handling" of the situation by the opposition.

However, Delhi is increasing the number of hospital beds in the capital significantly, and expanding testing by deploying rapid testing kits; the state chief has claimed that the death rate in the state has come down,  with the recovery rate touching 70 percent.

India currently has 264,944 active cases, with 20,642 deaths so far. There has been a spike of 22,752 new COVID-19 cases since Tuesday. However, in a positive development, the number of those who've recovered in the country continues to be higher than the active case tally of 456,830.