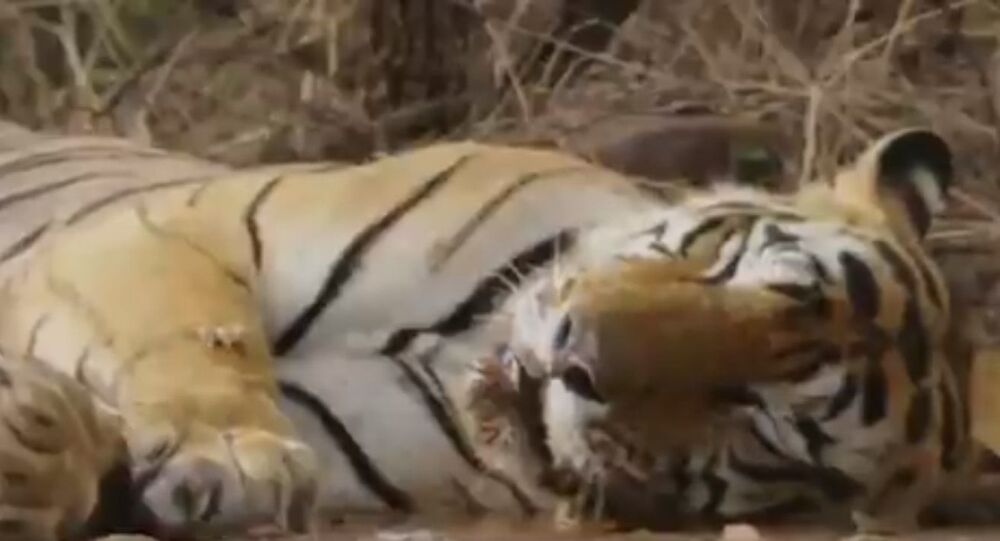 New Delhi (Sputnik): English writer J.R.R. Tolkien once wrote “courage is found in unlikely places” – but what happens when a brave frog fails to subdue a burst of strength in a dense jungle when a tiger is around?

Indian photographer and safari operator Aditya Singh on Monday posted a thrilling video on Twitter that captured an unusual moment between a tiny brown frog and a fully adult tiger – that brought viewers to the edge of their seats.

The short video shows the frog bravely launching itself towards the tiger’s face and falling to the ground – only because the big daddy of the cat family was snoring, sound asleep.

Take a look at the video.

​Snapping at the frog’s courage, Netizens called the “royally cute” video “the best thing they saw on the internet today”.

​Singh, whose Twitter bio points out that he works in the Ranthambore forest area, located in the state of Rajasthan, revealed in the comments that the video was captured on a hot day, and the tiger had slipped into a deep sleep after relishing a belly full of food.