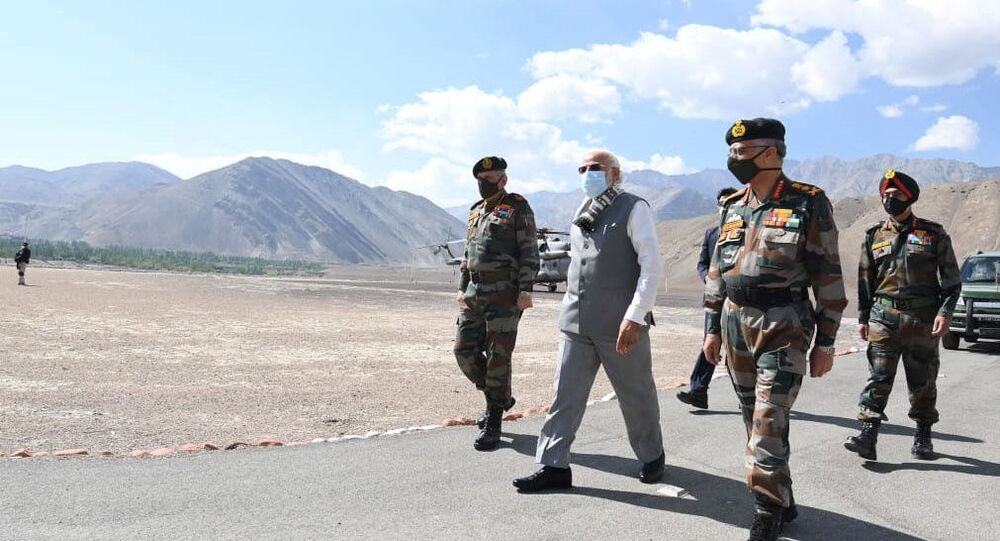 New Delhi (Sputnik): Indian and Chinese troops fought in a deadly skirmish at night on 15-16 June in eastern Ladakh; 20 Indian soldiers, including an officer, were killed. The countries accused each other of transgressing the de facto border known as Line of Actual Control (LAC).

China’s People’s Liberation Army troops moved back from three contested sites in Ladakh on Monday; the region had witnessed violent hand-to-hand fights between the armies of both the countries.

According to Indian Army sources, Chinese troops withdrew from the general area in the Galwan Valley, Hotsprings and Gogra. Sources revealed that they have pulled down tents and other temporary structures set up at the Galwan River bend, which was the scene of clashes.

“Chinese Army has moved tents, vehicles and troops back 1-2 km from locations where disengagement was agreed upon at Corps Commander level talks,” Indian Army sources said.

They added that Indian soldiers have also withdrawn, and a buffer zone has been created between the troops on both sides.

The withdrawal comes three days after Indian Prime Minister Narendra Modi’s surprise visit to a forward post in Ladakh, where he addressed the soldiers. During his address, in an obvious reference to China, Modi said, “the age of expansionism is over and expansionist forces have either lost or were forced to turn back.”

The pull back was done without either side giving up their territorial claims. Both sides had three rounds of Army Commander-level talks and diplomatic engagements, which were focussed on reducing tension along the LAC after the violent faceoff on 15-16 June and the build-up of forces.