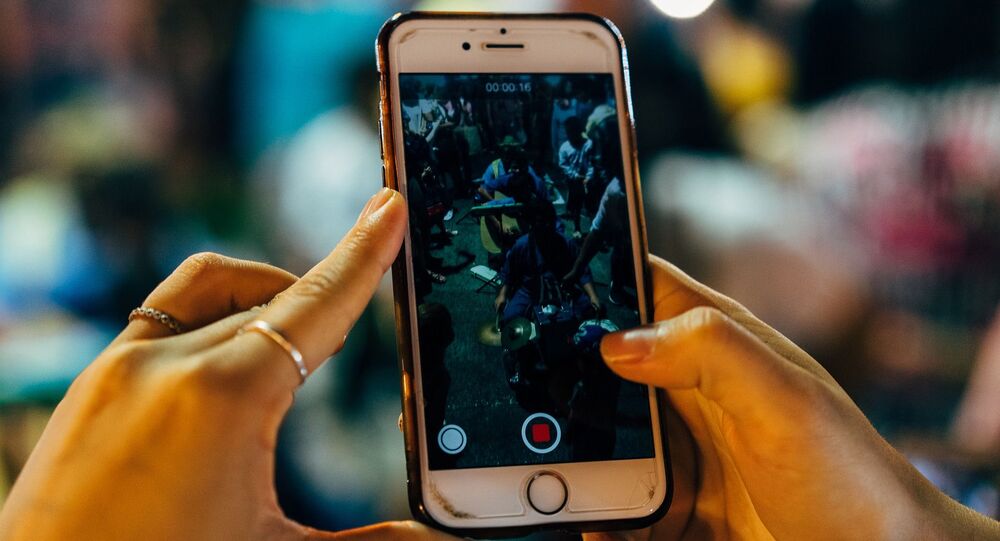 New Delhi (Sputnik): Billed as India’s indigenous alternative to TikTok, Chingari has emerged as the biggest gainer from the India-China face-off. Launched in 2018, the app has gained momentum just as anti-China sentiment has gripped Indians following 20 the killing of 20 soldiers in Ladakh.

The huge fanbase of Chinese app TikTok has started to shift to India's indigenous short video making app Chingari after a huge clamour over the ban on Tiktok in its second-biggest market.

The application’s popularity skyrocketed recently from almost nothing amid anti-China sentiment in India after 20 soldiers were killed in hand-to-hand combat with Chinese soldiers in Ladakh during 15-16 June.

© CC0
Old Bitter-Sweet TikTok Videos Trend on Twitter After Ban on Chinese App in India
As of 1 July, Chingari is trending at number two spot on the Google Play store in India, after social media platform Roposo.

According to the company, the app recorded three million video swipes per hour and 10,000 users per minute. In the past 24 hours since Tuesday, its popularity has surged with 26 million video views.

Overwhelmed with the response, Co-founder and Chief of Product Sumit Ghosh Tweeted that servers were crashing and the team is working hard to scale up the technology.

Hey Bharat! We managed to crash our servers again, guys pls be patient @awscloud @awscloud and team @Chingari_IN are on it , working hard since last 48 hours, sleeping less than 2 hours, making sure we could scale up all parts of our infra fast. pic.twitter.com/5JAjXmiz99

​The app made its debut on Google Play in November 2018 and on iOS in January 2019. Just like TikTok, it allows users to download and upload videos along with features like chat with friends, share content, browsing and more. While Tiktok was available in 14 regional languages of India, Chingari is available in English, Hindi, Bangla, Gujarati, Marathi, Kannada, Punjabi, Malayalam, Tamil, and Telugu.