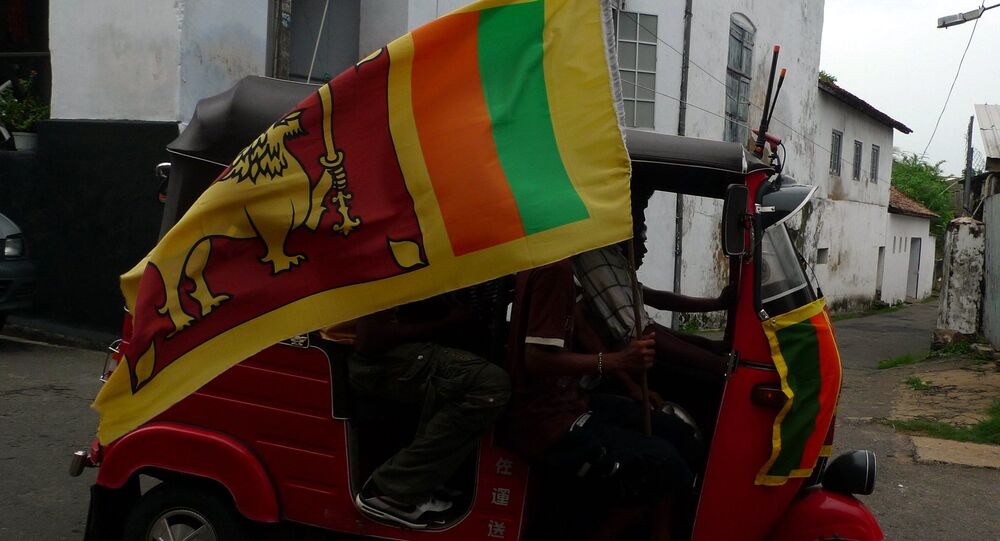 New Delhi (Sputnik): Sri Lanka’s economy has been badly hit by COVID-19 with a drastic fall in its foreign exchange reserves due to loss of exports and tourism. The island nation has a huge external debt of around $55 billion, or around 80 percent of its GDP.

India has promised to consider Sri Lanka's request for a postponement of its debt repayments amidst the current economic crisis.

A spokesperson for the Indian Mission in Colombo said that both countries were engaged in “close and constructive discussions” to reschedule a repayment of Sri Lanka's debt and a potential currency swap under bilateral and regional cooperation arrangements.

The clarification comes after Sri Lanka turned to China for help. Beijing has already approved an additional $500 million loan to the island nation to tide it over during the pandemic.

Sri Lanka owes $960 million to India while its debt to China was $5 billion in 2018. Colombo was scheduled to pay $2.9 billion to New Delhi this year, but has sought a moratorium in view of the economic situation.

Sri Lanka had also requested India’s central bank – the Reserve Bank of India - to provide it with a $400 million currency swap to boost its foreign reserves. The Framework on Currency Swap Arrangements for the South Asian Association for Regional Cooperation or SAARC is a backstop line of funding for short term foreign exchange liquidity to member nations subject to bilateral swap agreements.