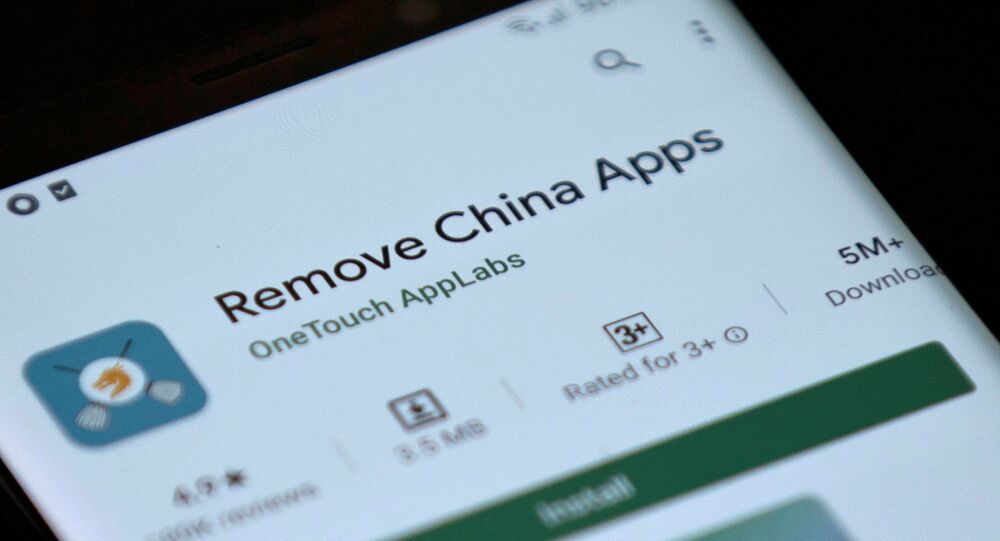 New Delhi (Sputnik): India on Monday “decided to block 59 apps” including many of Chinese origin, due to “security of data and risk to privacy relating to operation”. New Delhi said, it has credible knowledge that those Apps “pose a threat to the sovereignty and integrity of India”, and banned them.

China said on Tuesday that it was strongly concerned about the Indian move to ban a range of mobile applications. Chinese Foreign Ministry Spokesperson Zhao Lijian said the Indian government has a responsibility to uphold the legal rights of international investors, including Chinese ones. He said the Chinese government asks its businesses to abide by international and local laws and regulations.

​The banned applications include Chinese ones including TikTok, UC Browser, ShareIt, Helo and CamScanner. The decision comes amid a tense border standoff between India and China.

The violent face-off between the Indian and Chinese armies in the Galwan Valley in eastern Ladakh on 15 June had left 20 Indian soldiers, including one officer, dead. While both the countries have been trying to diffuse tension along the border at military-to-military and diplomatic levels, the build up continues in and around Galwan Valley.

Both India and China have been claiming the Galwan Valley as theirs. India and China share the border from Arunachal Pradesh in the northeast to Sikkim in the centre to Ladakh, a northern union territory. While it is mainly a land border in most regions, in Pangong Tso in Eastern Ladakh, it passes through a lake. India controls the western portion of the 45-km long lake, while the rest is under Chinese control. Most of the clashes between the two countries have taken place in the Galwan Valley.