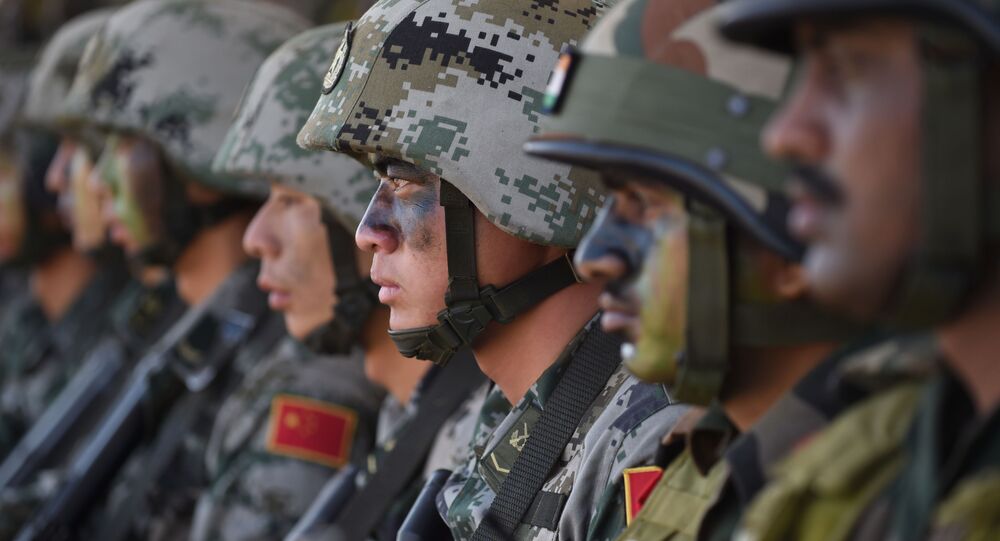 New Delhi (Sputnik): After the unprecedented face-off between Indian and Chinese armies in Ladakh’s Galwan Valley on 15 June, both New Delhi and Beijing have been trying to diffuse tensions at the border through army-to-army engagements and diplomacy.

The Corps Commanders of the Indian and Chinese Armies are meeting on Tuesday for the third time in a new de-escalation bid along the international border in Ladakh, which witnessed one of the bloodiest clashes between the troops on 15 June, in which 20 Indian soldiers were killed.

The Indian Army’s Lieutenant General Harinder Singh would meet his counterpart from the Chinese Army, Major General Liu Lin of the South Xinjiang Military Region at the Chushul border personnel meeting point on the Indian side. The last two meetings were held at Moldo on the Chinese side on 6 and 22 June.

During the previous meetings, the Corps Commanders reportedly reached a “mutual consensus to disengage” while discussing “friction areas” such as the Galwan Valley, Hot Spring and Pangong Tso.

New Delhi is understood to have decided to continue talks with Beijing, but is prepared for a military pushback, as and when it is needed.

“We do not want an escalation but we will not compromise by yielding to China,” The Indian Express reported, quoting highly-placed government sources.

China claims Galwan Valley as its own, while India contests it. The Chinese envoy to New Delhi, Sun Weidong, recently reiterated Beijing’s position that the  Galwan Valley is located on the Chinese side of the LAC (Line of Actual Control), which serves as the de facto border between Asia's two most populous nations. Most of the clashes between the two countries have taken place in the Galwan Valley.

India and China share the border from Arunachal Pradesh in the northeast to Sikkim in the centre to Ladakh, a northern union territory. While it is mainly a land border in most regions, in Pangong Tso in Eastern Ladakh, it passes through a lake. India controls the western portion of the 45-km long lake, while the rest is under Chinese control.