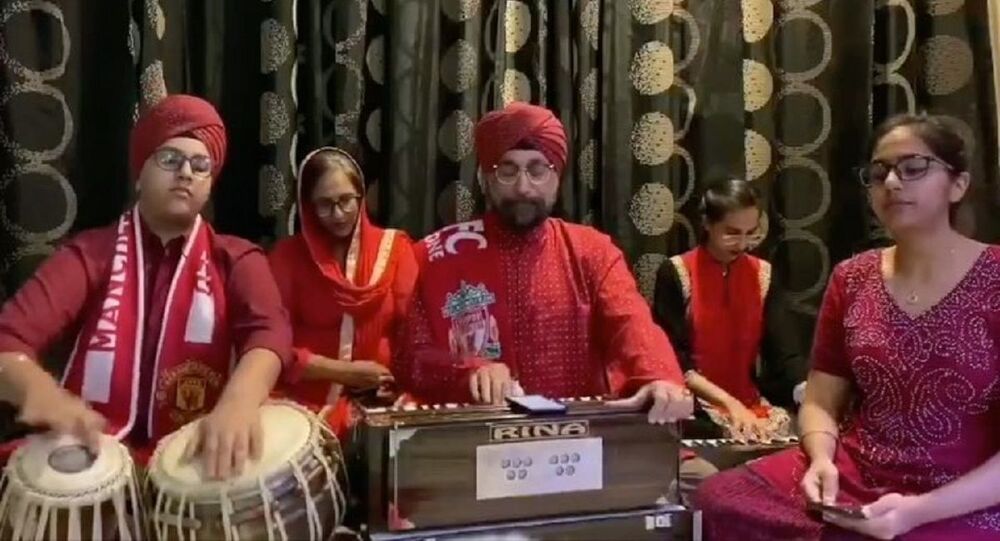 To mark the occasion, Gurmukh Singh, a die-hard Liverpool fan, along with his troupe - his family members - performed a unique Indian "semi-classical" rendition of the Liverpool anthem.

In the video shared by Gurmukh on Facebook, the entire family can be seen wearing red, the colour worn by Liverpool.

Gurmukh had his Liverpool scarf wrapped around his neck while his son who is a die hard Manchester United fan had his red devil's scarf with him. With harmonium and tabla (Indian traditional drums), the family sang 'You'll Never Walk Alone'.

Pure love for Liverpool. This is lovely.

Gurmukh, a lawyer by profession and a Liverpool FC fan for over 40 years, said he was over the moon when his favourite football team finally became Premier League champions.

Gurmukh, 54, recorded the song and posted the video on his Facebook. The video has had over 77,000 views.

"I had been wanting to do this from a very long time but was never able to it. Doing it at the time when the club won the league is so special," Gurmukh said.

He added that witnessing the club emerge as Premier League champs again after so long was right up there as a kind of spiritual experience. It's an indescribable feeling.

"We didn't have to do much practice for the anthem.We just went through it for five minutes or so before recording it. We never expected it to get so much attention. All thanks to the vast Liverpool fan base for the support to the song," Gurmukh added.