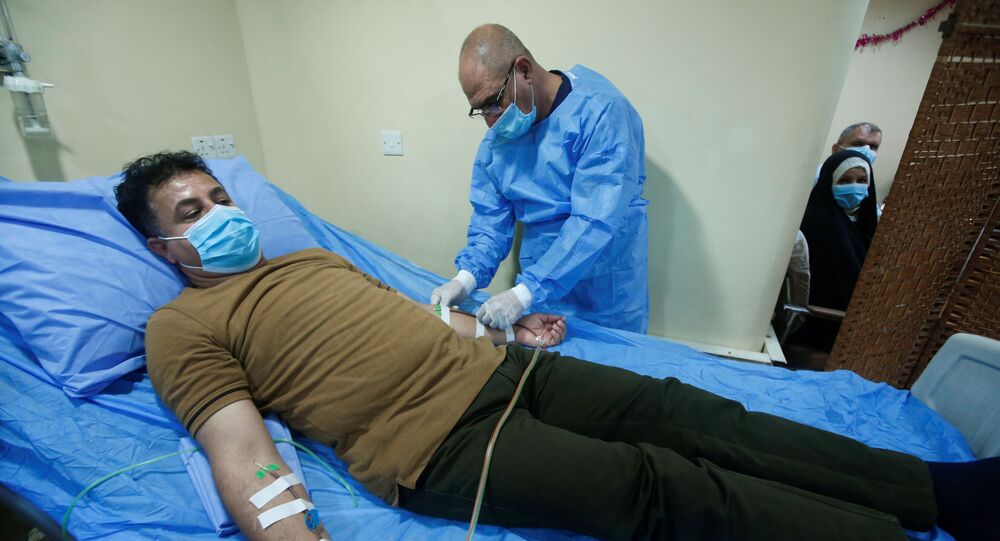 New Delhi (Sputnik): While efforts are ongoing to manufacture a vaccine for the coronavirus, the use of plasma therapy has emerged as a breakthrough in preventing the condition of COVID-19 patients from worsening. India's Delhi was the first state to allow its use on patients after a successful clinical trial was conducted.

Just after the national capital launched the country's first plasma bank on Monday, the northern Indian state of Haryana is set to become the second state after Delhi to allow the use of the therapy on COVID-19 patients upon receiving a nod from the Indian Council for Medical Research (ICMR).

State Health Minister Anil Vij informed the media that all medical colleges in the state would start convalescent plasma therapy for COVID-19 patients.

​Haryana has 4,689 active cases with 223 deaths registered so far. According to the department's data, most of the deaths in the state have taken place in the Gurgaon, Haryana, and Faridabad regions, which come under the National Capital Region.

Plasma therapy, which includes extracting anti-bodies from people who have recovered from the coronavirus and transferring it to active patients, prevents patients from slipping into a severe stage of the infection. However, the therapy hasn't proven effective at the stage where a patient suffers multi-organ failure.

The first limited clinical trials of the life-saving therapy were conducted in Delhi. Upon receiving successful results, which the government said had improved the condition of people with moderate and severe symptoms, the method was cleared for use on patients in various state-owned hospitals.

In another major move, state chief Arvind Kejriwal also announced the setting up of India's first plasma bank to meet the demand for donors. The bank, which will be set up in the Institute of Liver and Biliary Sciences (ILBS) hospital, will become functional in the next two days, the chief minister said.

The decision comes as posts desperately looking for donors in Delhi have become widespread on social media. Also, several cases of people duping the families and relatives of COVD-19 patients in Delhi on the pretext of offering plasma have also come to light.

"This will probably be the first plasma bank of the country. Any COVID-cured individual would be able to donate plasma and the service can be availed by patients taking treatment in both private and government hospitals... but only a doctor can recommend plasma therapy and it cannot be randomly sought by any COVD-19 patient", Kejriwal told the media during press briefing.

Delhi has breached the 80,000-mark in total number of cases and currently has 27,847 active cases. The third worst hit city has witnessed 2,623 deaths so far. However, the recovery rate in the national capital has surged to over 60 percent.