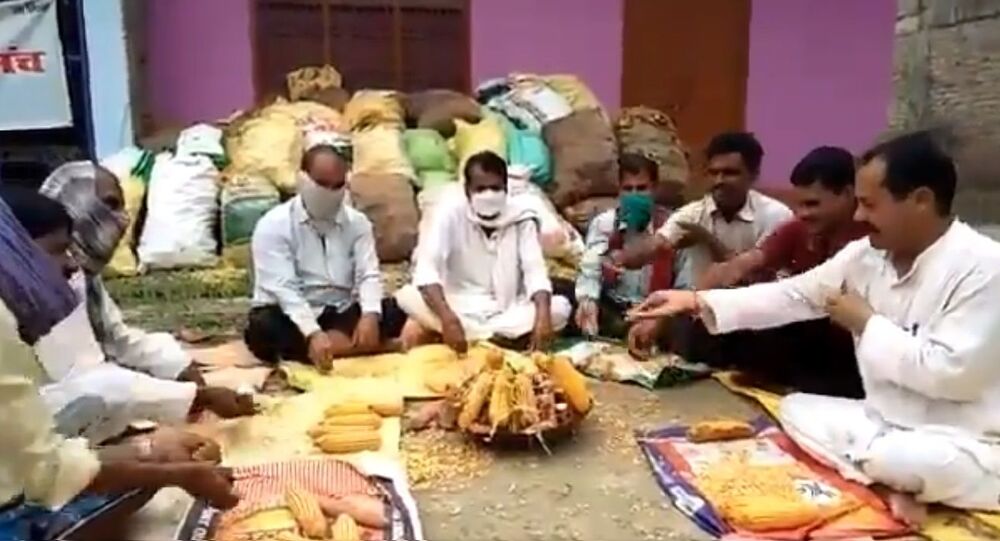 New Delhi (Sputnik): The coronavirus-induced lockdown, coupled with mass-migration, has hit the supplies of wholesale markets in India, where 70 percent of households depend primarily on agriculture in the rural belt. Despite a relaxation of the lockdown, farmers are bearing a lasting impact over the long haul.

Farmers in India's agricultural states like Haryana, Bihar, Uttar Pradesh, and Punjab are immensely dismayed and agitated over the government procuring their produce at low market prices.

Upset over not getting the right prices for their produce, farmers in India’s Bihar state have held a unique protest by burning corn cobs in Havan, a Hindu fire ritual to offer things to God to seek His help as a blessing.

Farmers union President Dhirendra Singh said that Bihar is one of the major corn-producing states in the country, but that there is no procurement centre there. At the same time, the government is planning to purchase five tons of maize at a much lower price.

According to a recent survey, 60% of the farmers who harvested their crops suffered losses and 1/10 of them could not harvest their crop in the past month. 56% of farmers reported that the lockdown has impacted their ability to prepare for the next sowing season.