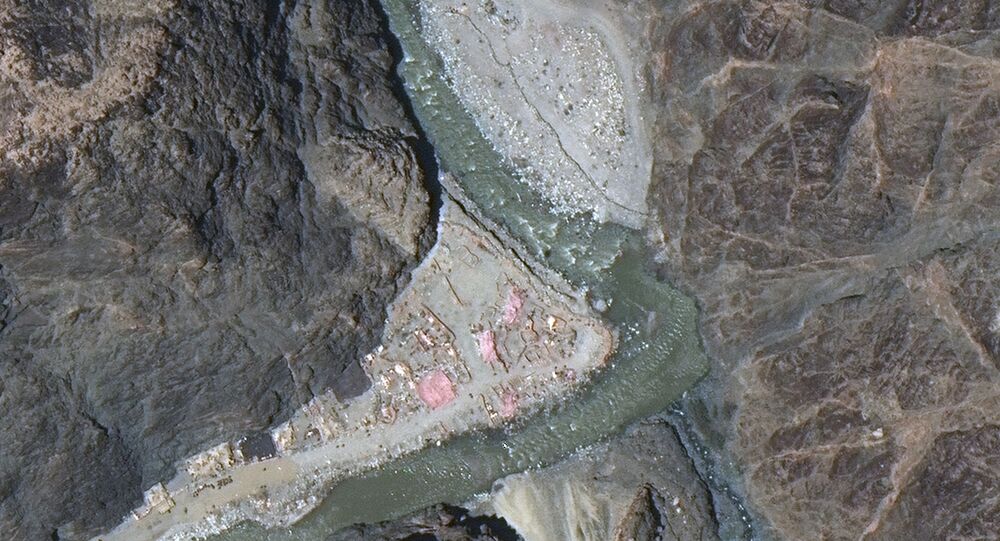 New Delhi (Sputnik): On Wednesday, the Indian army claimed to have agreed to disengage its troops along the Line of Actual Control after several diplomatic and military level talks with China. However, alleged satellite images show that China has moved thousands of troops, artillery units, and armoured vehicles to a new area of northern Ladakh.

India has claimed that the “Chinese side had been amassing a large contingent of troops and armaments along the Line of Actual Control since early May”, which is not in accordance with the provisions of various bilateral agreements between the two countries. The 1993 Agreement notes that ‘each side will keep its military forces in the areas along the line of actual control to a minimum level’.

The Indian side had to undertake counter deployments and the resulting tension has thereafter expressed itself, the Indian External Affairs Ministry said, while adding that the “continuation of the current situation would only vitiate the atmosphere for the development of the relationship”.

India has also claimed that all infrastructure built by India has always been on its own side of the LAC and they have never attempted to unilaterally change the status quo, while this has not been reciprocated by the Chinese side, resulting in face-offs from time to time.

“Unfortunately, we have experienced in the last many years obstruction to patrolling that often accompany efforts to unilaterally change the status quo,” the external affairs ministry said, while terming the conduct of Chinese forces this year as a complete disregard of all mutually agreed norms.

“The deployment of a large body of troops and changes in behavior has also been aggravated by unjustified and untenable claims,” it said.

Both India and China on Wednesday had agreed to “implement the understanding on disengagement and de-escalation that was reached by the senior commanders on 6 June”. But on Thursday morning, Indian Army sources reported a heavy Chinese deployment in a new area of northern Ladakh.

With no clear demarcation of the border along the 4,057km Line of Actual Control, the troops of both sides often engage in altercations, but last week the two-month-long stand-off turned violent when 20 Indian soldiers were killed in a skirmish at patrolling point 14 in Galwan Valley.