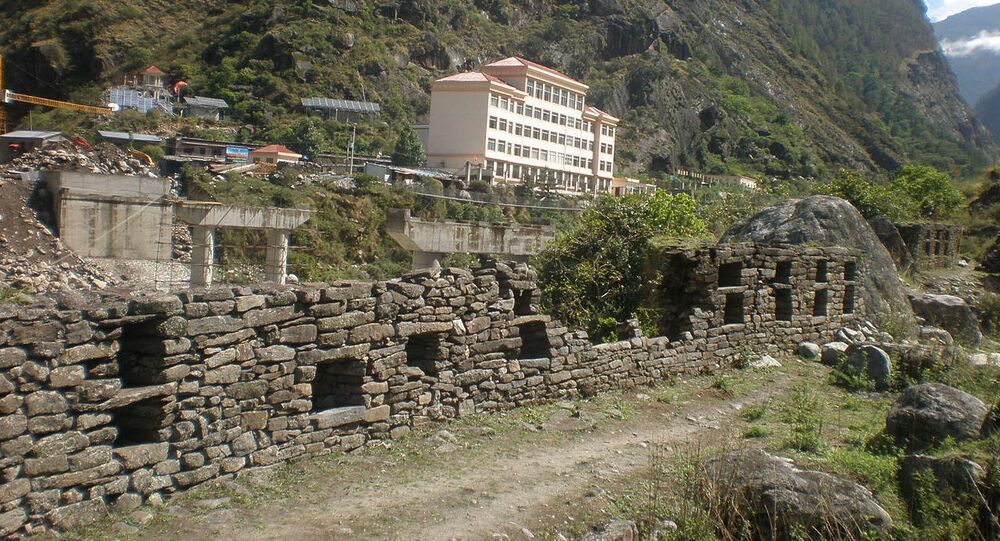 New Delhi (Sputnik): Three opposition parliamentarians in Nepal had earlier put forth a motion in the House of Representatives asking to restore territory encroached upon by China through dialogue. There were also media reports quoting a "Nepali government department doc" that China had occupied 36 hectares in 4 of the nation's northern districts.

Nepal on Thursday denied media reports, citing a certain government document, that China had grabbed its land in the northern districts of the Himalayan region.

In a statement, Nepal’s Ministry of Foreign Affairs said no such report exists and the concerned Ministry of Agriculture and Livestock Development has clarified it. Moreover, the subject doesn’t fall under its jurisdiction, the statement added.

“It may be recalled that the boundary between Nepal and China was delineated and demarcated on the basis of the Boundary Treaty of 5 October 1961 and the subsequent protocols signed between the two countries", reads the statement.

Three Parliamentarians from the opposition Nepali Congress - Devendra Raj Kandel, Satyanarain Sharma Sanal, and Sanjay Kumar Gautam had put forth a resolution in the House of Representatives asking the government to restore the encroached upon territory through dialogue with Beijing.

Nepal's Foreign Ministry said it would “solve through mutual consultation between the concerned authorities of the two countries in case any issue arises", and asked the media to desist from commenting on “such sensitive matters which may adversely affect the relations between the two friendly neighbours”.

The Survey Division of Nepal’s Agriculture Ministry had submitted a report to the government in November 2019 about the reported encroachment into the country's northern region after Beijing undertook massive road development projects in the Tibet Autonomous Region and informed the house about the situation on the ground.

After the report became public, hundreds of people took to the streets to protest in the national capital Kathmandu over the alleged encroachment on land by China. The protesters also burnt the effigies of Chinese President Xi Jinping.