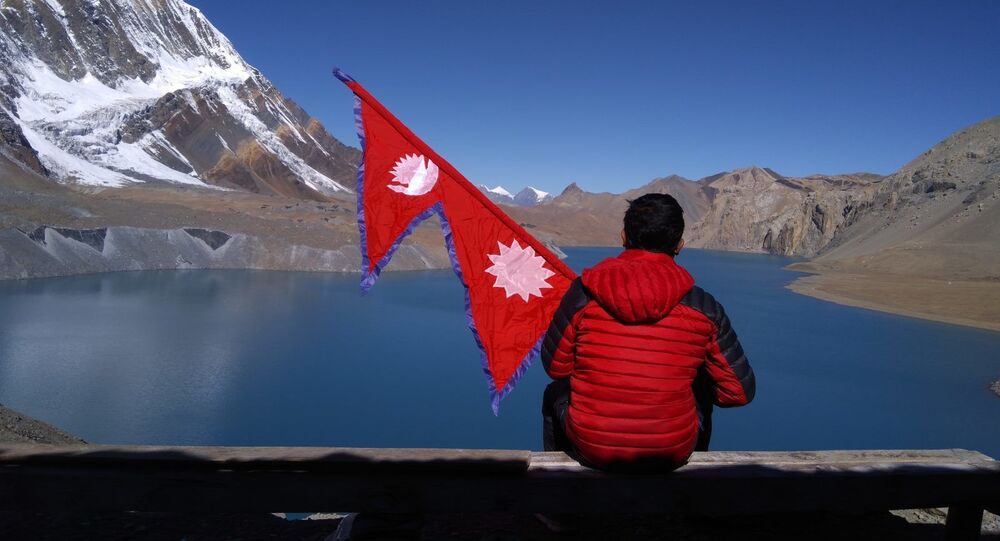 New Delhi (Sputnik): China has allegedly encroached on 36 hectares of land in four northern districts of Nepal by diverting the flow of rivers that act as a natural boundary. The Survey Division of Nepal’s Agriculture Department reported the encroachment back in November 2019, but the K.P. Sharma Oli government put a lid on its claims.

Three members of Nepal’s Parliament belonging to the opposition Nepali Congress Party have moved a resolution in the House of Representatives asking the government to restore territory allegedly encroached upon by China through dialogue with Beijing.

“China has shifted pillar No. 35 of Gorkha towards Nepal, Rui village in the northern part of Gorkha has been encroached by China and 72 households are now under Tibet Autonomous Region of China,” the joint letter by the MPs to the Secretary of House of Representatives reads.

​The signatories to the resolution were Devendra Raj Kandel, Satyanarain Sharma Sanal, and Sanjay Kumar Gautam. They demanded that the government “bring back the encroached territories by holding dialogue through diplomatic medium”.

The Survey Division of Nepal’s Agriculture Department submitted a report to the government in November 2019 on the encroachment into the country's northern region by changing the course of rivers there after Beijing undertook massive road development projects in the Tibet Autonomous Region, also informing the House about the ground situation.

China’s expansionist ambition is now to Nepal. Nepal’s Agriculture Department had reported Chinese Encroachment in 4 northern districts. But no action by PM #KPSharmaOli. Instead diverted attention by raking up border dispute with India and revising its national map. pic.twitter.com/ImzJTNW3F5

​After the report became public, hundreds of people took to protesting in the national capital Kathmandu over the alleged encroachment by China. The protesters also burnt the effigies of China's President Xi Jinping.

Nepal’s relations with India also hit an all-time low after Kathmandu changed its constitution to revise the country’s boundary, including three enclaves on the Indian side. Although Nepal has been claiming the three enclaves of Lipulekh, Kalapani, and Limpiyadhura, it escalated after New Delhi opened a newly constructed road to Kailash Mansarovar, a Himalayan pilgrimage site highly revered by Hindus, through the disputed territory.