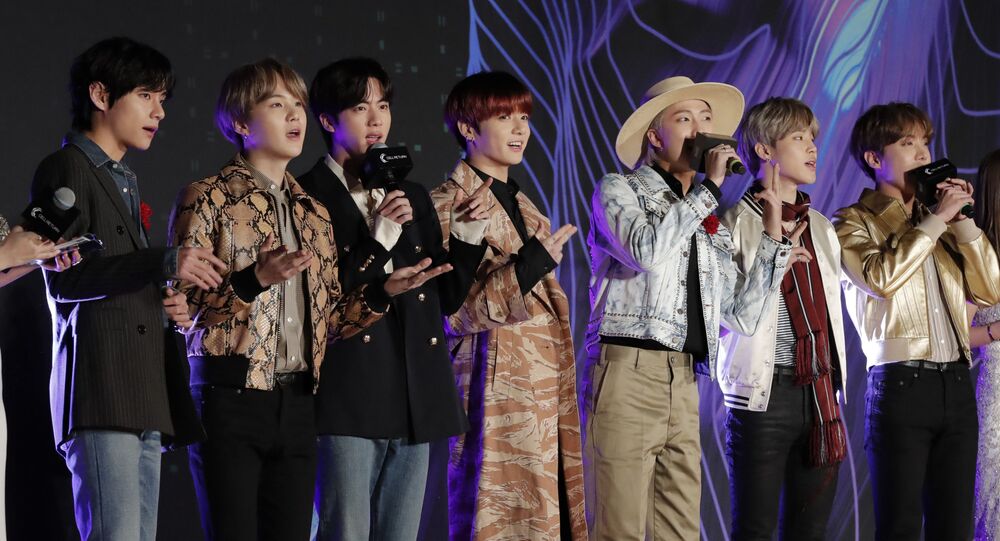 New Delhi (Sputnik): K-Pop phenomenon BTS, a seven-man South Korean mega group, is touted to be the biggest boy band in the world right now. The band enjoys an insane fandom around the world, including India. Although the group has not performed in India yet, their fans here are eagerly looking forward to the moment they pay a visit.

The video, posted by the Instagram page FilmForFare, has garnered millions of likes and has begun to go viral on Twitter as well.

Twitterians are rapidly sharing the video, saying it is the "positivity" one needs in the morning.

BTS dancing to Chunari Chunari is all the positivity you need for tody!

​Not just Indians, but BTS fans from around the world are tweeting about the nearly perfect fake video.

did this chunari edit on bts went viral on desi social media ? because i see so many of my irls tagging me in this edit and sending me it!!#bts https://t.co/1V3t84fqGj

Desimys did you saw the BTS × chunari chunari edit?? 😂😂

I saw a video of BTS X Chunari Chunari in an Indian group on Facebook and I AM ADDICTED.

The song syncs perfectly with the choreography.

This is not the first time the FilmForFare page has morphed dancing videos of BTS with viral Indian songs.

Some of the most viral videos show the boy band dancing to the famous Bihari song "Lollipop" and another Bollywood number called "Pungi Baja Kar".