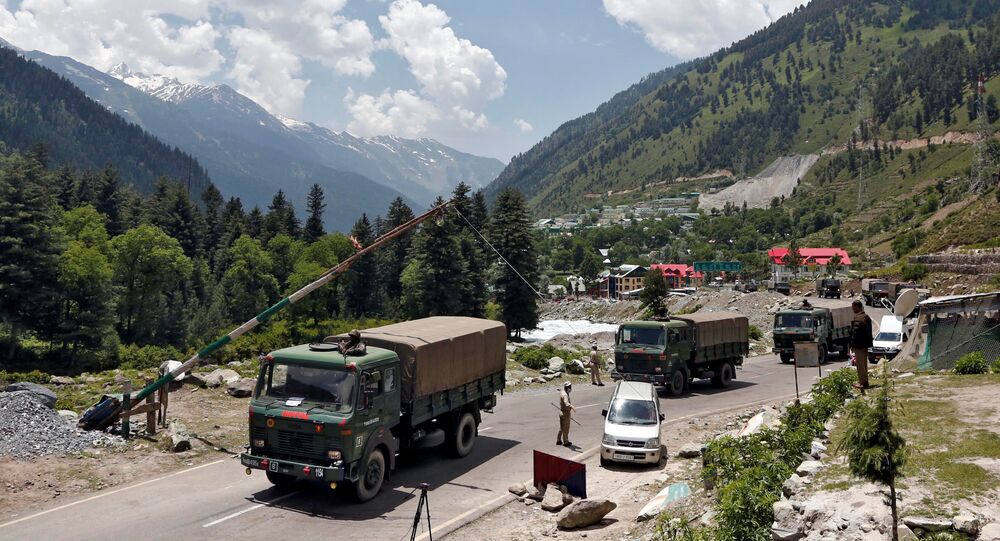 New Delhi (Sputnik): India and China have been in a border stand-off along the 4,057km long Line of Actual Control since the last week of April. The tensions between the neighbours escalated last week when 20 Indian soldiers were killed in a violent face-off between the Indian Army and PLA.

After several rounds of diplomatic and military level talks, India’s East Asia Joint Secretary and the Director-General of the Department of Boundary and Oceanic Affairs from China have decided to “implement the understanding on disengagement and de-escalation that was reached by the Senior Commanders on 6 June”.

They have also decided upon “strictly abiding by the series of agreements signed by the two sides, to further strengthen confidence-building measures in the military field, and jointly maintain peace and tranquility in the border areas”, besides implementing the consensus reached between the foreign ministers of the two countries on 17 June.

The diplomatic level meeting took place a day after the Indian Army had claimed that an agreement had been reached on disengagement during corps commander-level talks. While both sides agreed to maintain dialogue and promote peace and tranquility in the area, a timeline for the disengagement process wasn't finalised, the Indian Army said.

“The relevant measures are being coordinated and arranged by the border troops of the two countries on the ground. I have no further information to release", Chinese Foreign Ministry spokesperson Zhao Lijian replied when asked about the claim made by the Indian Army about disengagement in the disputed areas.

Satellite images from Tuesday allegedly show a massive military build-up in the Ladakh region by China’s People’s Liberation Army along with India increasing its motorboat patrols in Pangong Tso.

On 15 June, 20 Indian soldiers were killed in the Galwan Valley of Ladakh following a violent face-off, resulting in heightened tensions between India and China. The Indian Army claimed that the face-off took place when their troops had gone to patrol point 14 in the Galwan Valley to ensure the disengagement of Chinese troops as per the 6 June talks.

The two countries have been involved in several talks at the military and diplomatic levels but none have restored peace along the Line of Actual Control yet.