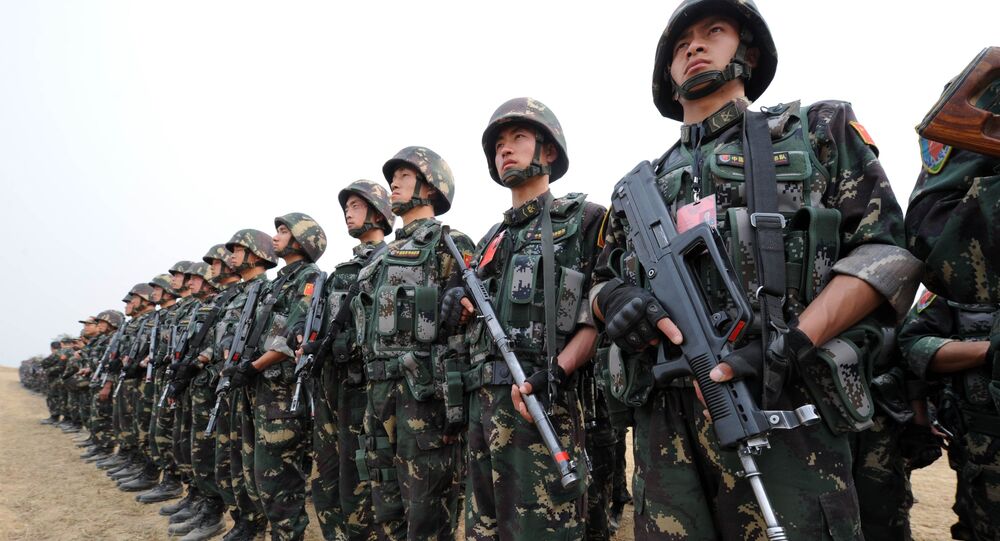 New Delhi (Sputnik): South Asian neighbours India and China have locked horns in the Ladakh region, where the countries are separated by the loosely demarcated Line of Actual Control (LAC). While India has officially confirmed the death of 20 soldiers, China has denied reports of 40 casualties during the skirmish on 15 June.

The footage, with a TikTok watermark in the lower right corner, shows a group of Chinese troopers sleeping with their guns suddenly jumping into action just when they feel their weapons are being snatched.

“Even asleep with exhaustion after intensive training, they won’t allow anybody to take their guns away. This is what guns mean to Chinese soldiers”, the caption of the video posted by the Global Times reads.

​Indian netizens, however, riding on the anti-China sentiment since the recent deadly clashes between the two armies, have made their way to the comments section of the video. They are trolling the Chinese soldiers for their “overacting”, calling them a TikTok Army.

In India, the public sentiment towards China has been shifting following the outbreak of the pandemic and the recently escalated tensions at the border region in the Galwan Valley in Ladakh. Many Indians, including prominent public figures and celebrities, have been calling to #BoycottMadeInChina – that includes an array of products, ranging from smartphones to light bulbs.

On 15 June, Indian and Chinese troops engaged in a violent clash in Ladakh, which led to the death of 20 Indian soldiers. Following the deadly face-off, two sides have conducted several rounds of negotiations in order to de-escalate tensions in the disputed region and have agreed to disengage from friction points.