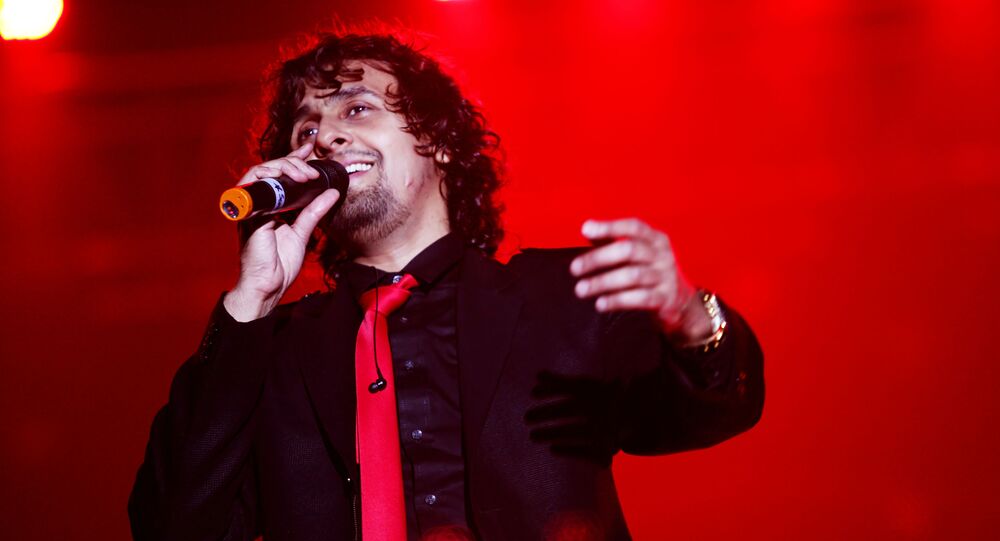 New Delhi (Sputnik): A week ago, Bollywood star Sushant Singh Rajput ended his life in Mumbai. Though no suicide note has been found, his sudden demise is being linked to depression caused by his work.

Bollywood actor Sushant Sing Rajput's suicide shocked many people in India and seems to resulted in some soul searching among Bollywood royalty.

Joining several artists who have recently raised their voices against unfair business practices in Bollywood, singer Sonu Nigam on Monday called out Bhushan Kumar for being India’s music mafia and tarnishing his once successful career.

Kumar is the owner of Indian music label T-Series – the most followed channel on YouTube in the world.

The 46-year-old singer, having several evergreen Hindi songs to his credit, uploaded a video on Instagram alleging that the T-Series owner sabotaged his career after years of friendship.

“Do you remember the time when you would come to my home requesting me, ‘brother record an album for me’,” Sonu says in his video in Hindi.

The singer, who has played alongside superstar Shah Rukh Khan among many other leading men of Bollywood, went on to reveal that Kumar previously approached him seeking help to get underworld don Abu Salem off his back.

Salem is an Indian gangster, from the Azamgarh district of Uttar Pradesh state, and a terrorist convicted to 25 years in jail.

Sputnik reached out to T-Series for a comment, but did not get any response.

In his video, Sonu also called out to Indian news publication Times of India for releasing a press release as a story in their daily that passes judgment on Sonu’s views on how the music industry in India is controlled by a few labels.

Netizens are full of support for the singer, who has claimed to have cried "blood tears" saving his career in Bollywood. #UnsubscribeTSeries is also trending on Twitter in India.

Sonu Nigam is one of the finest singer of Indian film industry.
I can't believe bollywood Mafia's are targeting him 😣

T series Bhushan Kumar has support of Ajay devgn and Salman khan. And they are trying to end career of Sonu Nigam. 😣

​Post Sushant’s death, the singer posted a video on Instagram, requesting music industry bosses to be slightly more accepting and tolerant towards newcomers and outsiders in the industry. The video gained massive public support, and seemed to have upset some big names in the industry who issued a press release claiming that the singer’s point is “null and void”.

For the last seven days, Bollywood biggies including Karan Johar, Alia Bhatt, Mahesh Bhatt, Salman Khan, Sonam Kapoor and others belonging to film families are being brutally trolled on social media. They’re being called the Gatekeepers of Bollywood – intolerant to outsiders.

Big names in Bollywood like Kangana Ranaut, Raveena Tandon, Abhay Deol, Urmila Matondkar, Ranveer Shorey and several others have opened up about the “dirty politics” in the industry where outsiders struggle to get work without getting into the good books of the “mafias”.

Director Abhinav Kashyap, who calls himself a victim of politics in industry ever since he directed the film “Dabangg” with Salman Khan, alleged that his career has been sabotaged by the Khan family and that all of his projects were taken away from him after his tiff with Salman.