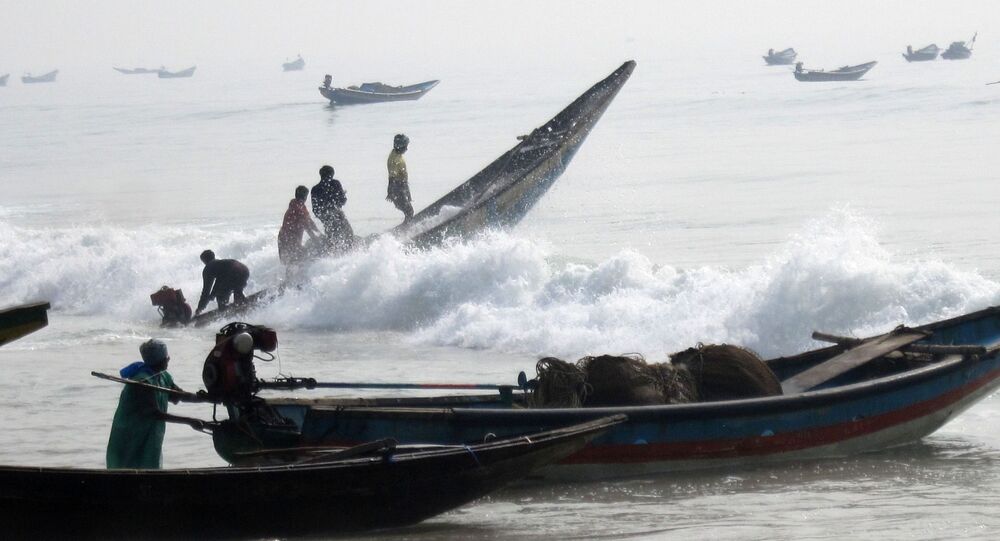 New Delhi (Sputnik): Water routes are often used by smugglers to facilitate the illicit supply of drug consignments in India. The coastal regions of southern, western and eastern India often act as major points for drug lords to transfer their illegal substances from one place to another – even to other countries.

Fishermen from the southern Indian state of Tamil Nadu recently caught a barrel full of crystal meth. Weighing over 78 kilograms, the meth found the metal container is estimated to be worth INR 1,000 million (over $13 million), the media reported on Monday.

Crystal meth is a potent central nervous system stimulant that is mainly used as a recreational drug and is illegal in India.

The fishermen, hailing from the town of Mamallapuram, first mistook the product for “refined tea”. They then contacted the local police department after multiple green sachets, wrapped in golden papers spilled out a white coloured crystal powder.

The news soon began making the rounds on social networking platforms, where netizens started highlighting how this is “as close as India has gotten to #BreakingBad” in recent times.

The reference is to the TV show Breaking Bad that topped the list of “most watched” shows on the content streaming platform Netflix. It revolves around a cancer-ridden chemistry teacher who resorts to cooking and dealing in meth to bolster his family's finances.

With the Tamil Nadu incident, netizens say they’re already waiting for the Hindi adaptation of the popular series.

Some fishermen in Tamilnadu caught 100 cr worth of Crystal Meth in their nets. That's some catch.

​The expensive and illegal barrel full of meth is suspected to have detached and floated away from a bigger package being smuggled by drug lords operating in south east Asia, the media reports added.