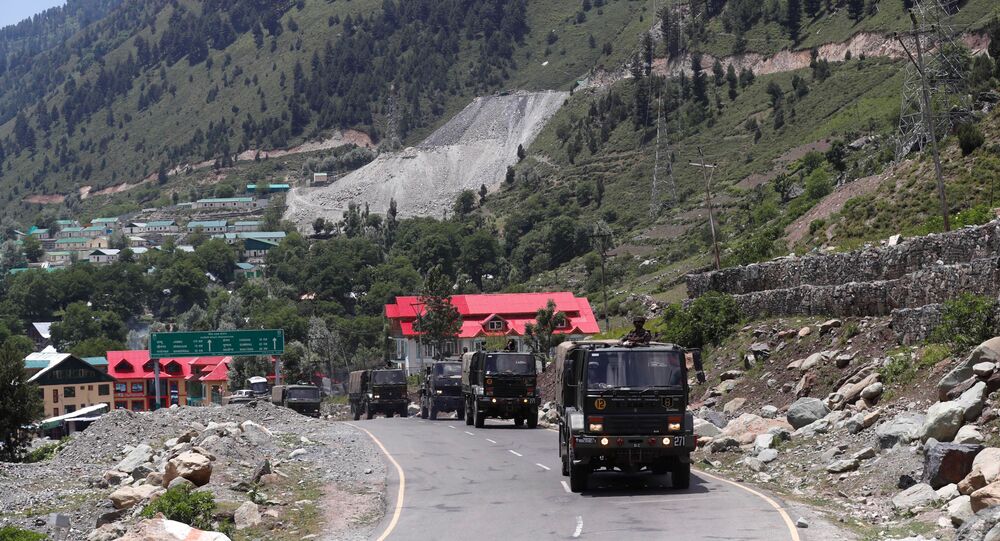 New Delhi (Sputnik): On 15 June, 20 Indian army personnel were killed in a violent skirmish with Chinese troops in the Galvan valley in Ladakh. India’s principal opposition, Congress, has been demanding the Indian government clarify what's happening in the area ever since clashes were first reported during the first week in May.

Modi claimed during a meeting held on Friday to apprise all the political parties about the developments in the Galvan valley sector of Ladakh, that China had not invaded Indian territory.

The Congress Party then asked if there was no incursion into India, then where exactly did the clash, in which 20 Indian soldiers were killed, take place.

Former home minister and Congress leader P Chidambaram said, “If no Chinese troops are inside Indian territory in Ladakh, why did 20 soldiers have to make the supreme sacrifice? We would also like to ask, if no Chinese troops were inside Indian territory, where did the clashes take place on June 15-16? Where were 20 Indian soldiers killed and 85 injured?”

Border tensions in the Galvan valley sector of eastern ladakh has been simmering between Indian and Chinese troops since early May.

“If the PM’s statement reflects the correct position, we would like to ask the government a few questions. If no Chinese troops had crossed the LAC and are in Indian territory, what was the ‘face-off’ on May 5-6, 2020? Between May 5 and June 6, what was the issue on which local Indian commanders were talking to their Chinese counterparts? What was the subject matter of the negotiations between the Corps Commanders of the two countries on June 6?", asked Chidambaram.

The Indian government issued a clarification after Congress’s tirade against the government. A government statement said, “Attempts are being made in some quarters to give a mischievous interpretation to remarks made by the Prime Minister at the All Party Meeting yesterday."

“The focus of the PM’s remarks was the events of 15 June at the Galvan that led to loss of lives of twenty Indian military personnel. The Prime Minister’s observations that there was no Chinese presence on our side of the LAC,” the statement added.

Ever since the first clash between Indian and Chinese troops was reported on 5 May, Congress leader Rahul Gandhi had been raising concerns about the matter, demanding the government tell the country what is happening in the sector