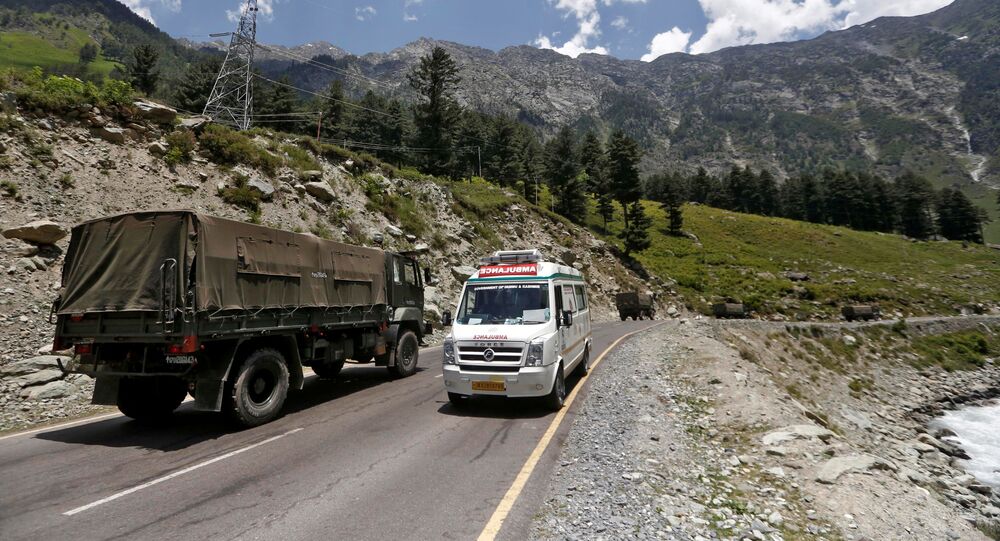 New Delhi (Sputnik): There have been reports of missing Indian soldiers, including officers, after bloody clashes between Chinese and Indian troops erupted in the Galvan Valley on Monday. The Indian government has made no official statement regarding captivity of its soldiers.

In a major development that may pave the way to disengagement at the eastern Ladakh border, China has freed 10 Indian army personnel, including four officers, who have reportedly been in the captivity of the People's Liberation Army since Monday.

Sources said that they were released around 5:30 p.m. local time after two days of negotiation at the Major General-level between the two nations at Galvan Valley.

"All the personnel returned unharmed," sources from the Indian government said.

Later in the evening, the Indian Army issued a statement saying there are “no Indian troops missing in action”.

Sources said that group of men, comprising two majors, two captains and six jawans, were held captive after a Monday night clash at Patrol Point 14 in the Galvan Valley, after 20 Indian soldiers were killed and around 100 injured.

The military-level talks since Wednesday morning have revolved around the release of personnel while the two countries discuss disengagement at the contested site, now "calmer" than in previous days, according to sources.

Earlier on Thursday, the Chinese foreign ministry claimed sovereignty over disputed territory in the Galvan Valley in Ladakh, and warned India to not ignore what Beijing claimed was its "firm will".

In response, Indian Foreign Ministry spokesperson Anurag Srivastava maintained that "making exaggerated and untenable claims is contrary to this understanding" and said that both sides had agreed on a sincere implementation of the understandings reached between senior commanders on 6 June. Srivastava implored Beijing to handle the situation responsibly.

India and China have been in a border standoff since the last week of April in both the Galwan Valley and Pangong Tso. Beijing objects to infrastructure development by New Delhi along the Line of Actual Control and the situation escalated, culminating in Monday's shooting deaths.