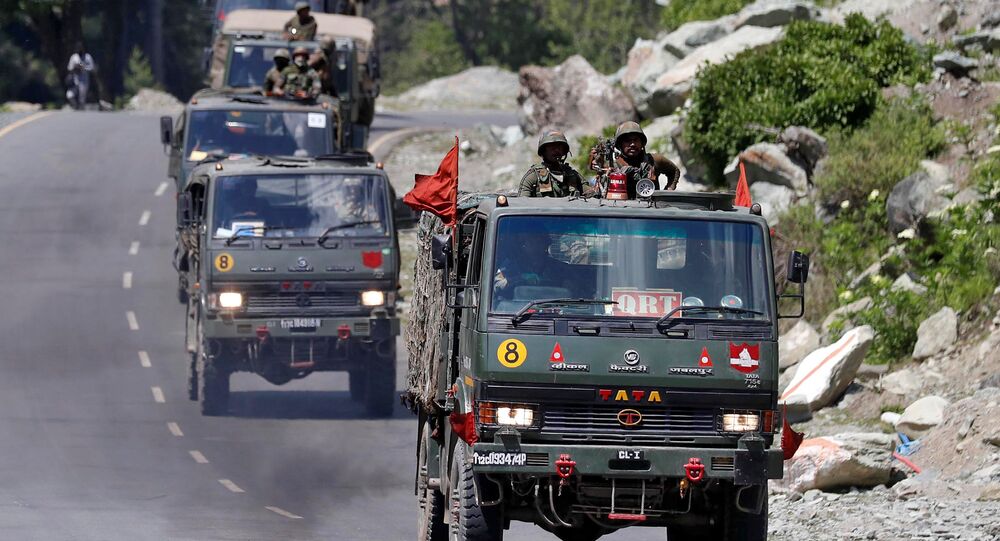 'First Salvo to Teach a Lesson': Indian Minister on Termination of Railway Contract with China

As tensions between China and India have recently escalated with a deadly skirmish in Ladakh that saw some 20 Indian soldiers killed, Indian Railways has terminated a contract valued at $62.8 million with the firm Beijing Signalling & Telecommunication under a pretext of "poor progress".

India's Minister of Health, Harsh Vardhan, acknowledged that the government of Narendra Modi has cancelled a railway contract with the Chinese firm in retaliation for a bloody clash in Galvan Valley where 20 Indian soldiers were killed by the People's Liberation Army of China on Monday. The revelation comes hours after an Indian Railways official denied that the contract had been cancelled due to border tension.

"Termination of 470-cr ($62.8 million) contract by @dfccil_india (Dedicated Freight Corridor Corporation of India) with the Chinese company is a first salvo to teach a lesson to those who have harmed our honourable soldiers of Indian Army," the Indian minister, Harsh Vardhan, tweeted.

Congratulations to @RailMinIndia under @PiyushGoyal ji for taking a leap towards ensuring Swadeshi everywhere 👍 https://t.co/jGdAEtNMKx

Earlier in the day, Indian Railways terminated a contract valued at some $62.8 million with the firm Beijing Signalling & Telecommunication, citing “slow progress” in the work.

"In view of poor progress, it is decided by the Dedicated Freight Corridor Corporation of India (DFCCIL) to terminate the contract with Beijing National Railway Research and Design Institute of Signal and Communication Group Co Ltd", DFCCIL, India’s Ministry of Railway unit said in a statement on Thursday.

The project, allocated in 2016 to the Chinese company Beijing National Railway Research and Design Institute of Signal and Communication Group, was meant for signalling and telecommunications work along the 417-km Kanpur-Deen Dayal Upadhyaya rail traverse.

India and China have been in a border standoff in the Galwan Valley and Pangong Tso since late April. Tensions abruptly escalated following an armed confrontation between the countries’ troops in the Galvan Valley of India's Ladakh region on 15 June.