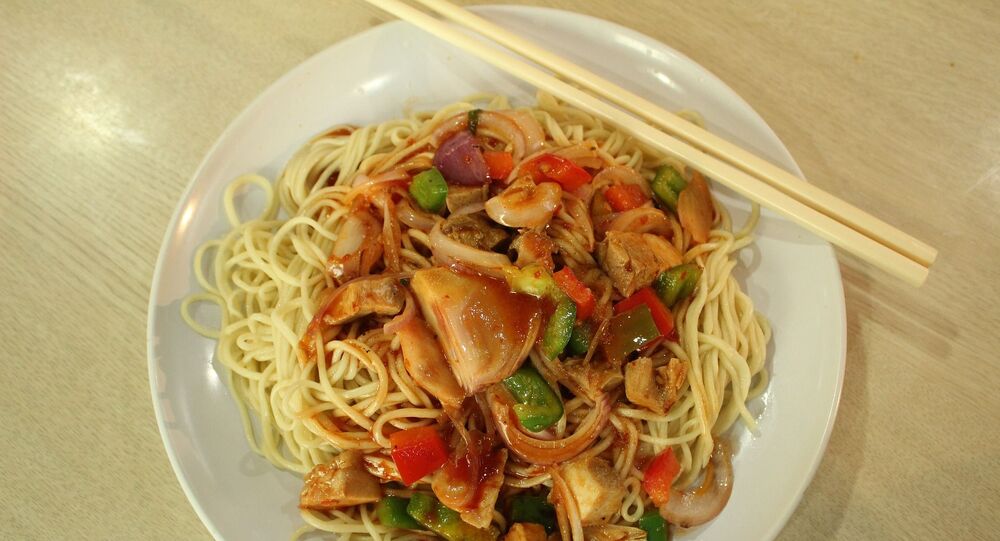 New Delhi (Sputnik): There has been growing clamour in India for a boycott on Chinese products. An affiliate of India’s governing Bharatiya Janata Party (BJP) has also launched a campaign for this, while the chorus has risen following the spread of the coronavirus and more recently after bloody border clashes between the armies of both countries.

An Indian federal minister wants restaurants selling Chinese food to be banned. Junior federal Minister for Social Justice and Empowerment Ramdas Athawale said on Thursday, "I appeal to people to boycott Chinese food”. Athawale’s Republican Party of India is an alliance partner of the governing BJP.

​Athawale’s chanting "go corona, go corona" at a prayer meeting of Buddhist monks, along with a Chinese diplomat in Mumbai in March, went viral on social media.

Swadeshi Jagaran Manch, an ideological affiliate of the governing BJP, has launched a public campaign to boycott Chinese products and investment by Chinese companies in India.

A confederation of traders in India has also launched a national movement to boycott Chinese products and promote Indian goods, especially after the spread of the global pandemic, which had its origin in Wuhan in China.

Public sentiment against China has gone up in India after the brutal killing of 20 Indian soldiers, including an officer, in eastern Ladakh. Both New Delhi and Beijing blamed each other for the flare-up, as they were in the process of disengaging from the disputed border after a faceoff that has been ongoing for over a month.