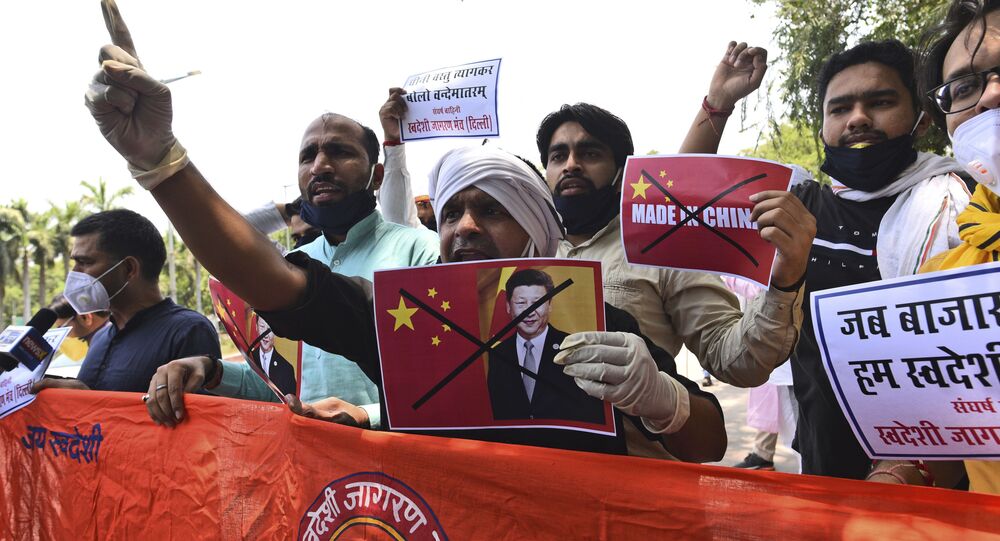 New Delhi (Sputnik): The confirmation of the death of 20 Indian soldiers, including a commanding officer, on Tuesday night following clashes with Chinese troops in a disputed area in eastern Ladakh has resulted in countrywide rage against China. According to media reports, there were causalities on the Chinese side as well.

After India confirmed the killing of 20 of its soldiers during clashes with Chinese troops in the Ladakh region, security outside the Chinese Embassy in the national capital has been beefed up.

According to a senior Delhi Police officer, the security has been increased since morning following inputs of protests outside the embassy by several organisations and groups.

“Along with the local police, personnel of reserved forces and paramilitary forces have been deployed to maintain law and order”, the officer said, adding that currently protests, gatherings, and rallies are not allowed in the country as per the Indian government’s guidelines amid the COVID-19 pandemic.

“We shall take strict action against people found violating the guidelines and with no permission granted for any protest, immediate action is in line for the violators as the area comes high security zone because of number of embassies present around”, the officer added.

Meanwhile, one of the organisations that have planned to stage a protest near the Chinese Embassy told Sputnik that they will congregate near the embassy and march.

“This protest is organised against the infiltration of Chinese troops in the Indian territory in Ladakh and killing of Indian soldiers and officer. We will burn the Chinese flag along with the poster and effigy of Chinese President Xi Jinping”, said Vikas Chaudhary, co-convenor of Swadeshi Jagran Manch, an affiliate of the Hindu nationalist organisation Rashtriya Swayamsevak Sangh, a parent body of the federally governing BJP.

The violent clashes on the intervening night of 14-15 June between the two countries' soldiers was the worst incident in several decades. It occurred as the sides were in a de-escalation process in the Galwan Valley of the Ladakh region. The two sides have been involved in face-offs earlier as well along the de-facto border known as the Line of Actual Control (LAC).