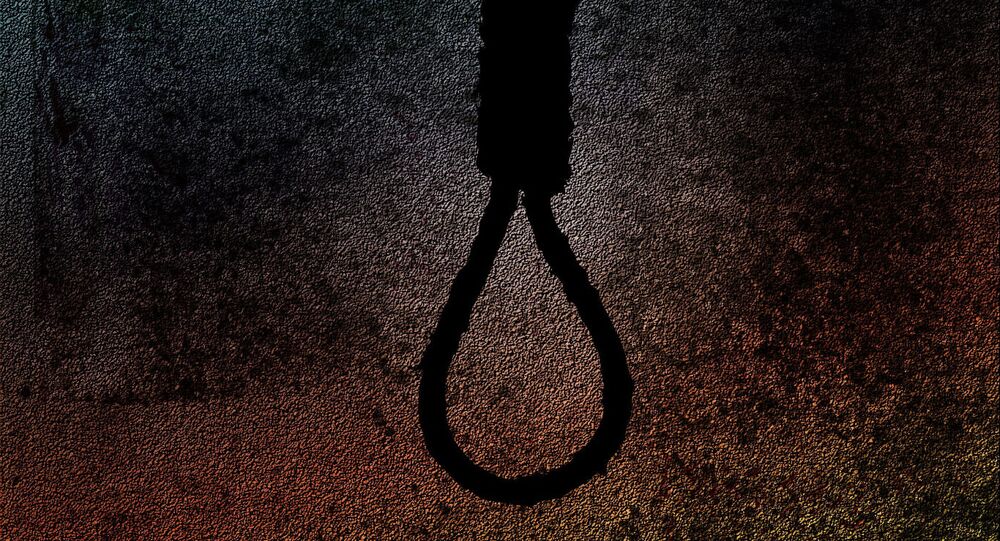 New Delhi (Sputnik): On 10 June, a man's body was found hanging from a tree in Delhi. Initially, the case seemed to be a suicide but a post-mortem revealed both the deceased person's hands were tied. The Delhi Police registered a murder case and launched an investigation.

A 35-year-old man in Delhi allegedly hired a juvenile to execute him so that his family could get the life insurance after his death, police said on Monday.

According to Delhi Police, the deceased Gaurav Bansal, who had a grocery shop, was in financial trouble.

“On the basis of intelligence, a suspected accused namely Suraj was apprehended. During sustained interrogation, he admitted the crime and disclosed that he along with two others -- Manoj and Sumit were roped in by a juvenile [name withheld] to commit the crime. On the instance of Suraj, co- accused Manoj, Sumit and the juvenile were apprehended,” the officer said.

During an interrogation of the juvenile, he revealed that actually it was the victim who had contacted him through social media and shared that he was facing some financial issues and wanted to die.

“Bansal told the juvenile that he would pay him to murder him so that his family could get the insurance after his death. The two agreed for a sum of around $800 approx (INR 60,000) to kill him,” police officer said, adding the deceased’s mobile phone records also pointed towards him being in touch with the juvenile.

“The victim Bansal had also shared his own picture with the accused. He reached the spot where they hung him on a tree. All three accused – Manoj (21), Suraj (18), and Sumit (26), have been arrested while the juvenile has been apprehended,” the officer said.

Bansal's family revealed that he had taken out a personal loan in February and was feeling depressed, a senior police officer related to the case revealed, adding that the exact amount of Bansal’s insurance was unclear but it could be about one million rupees (over $13,000).