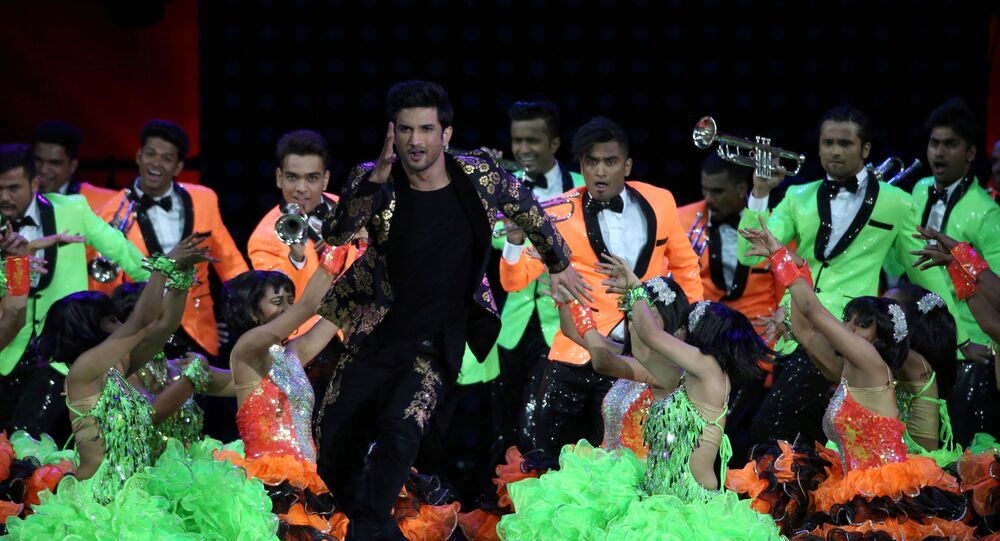 New Delhi (Sputnik): Just when the demise of iconic Bollywood actors Irrfan Khan and Rishi Kapoor had sunk in, India was shocked again by the death of a young, self-made star: Sushant Singh Rajput. Aged 34, Sushant took his own life in Mumbai and his tragic step is being linked to depression and loneliness.

Almost immediately after the news of Sushant’s demise broke on social media, members of the Indian film fraternity began expressing their grief and shock on Instagram and Twitter. One of them was director, producer and owner of the Dharma Productions – Karan Johar.

In his post for Sushant, Karan, who had been called the “flag bearer of nepotism” by actress Kangana Ranaut earlier, mentioned that he did feel at times that the young actor “may have needed people to share (his) life with” – but the director-producer “somehow never followed up on that feeling”.

I blame myself for not being in touch with you for the past year..... I have felt at times like you may have needed people to share your life with...but somehow I never followed up on that feeling...will never make that mistake again...we live in very energetic and noisy but still very isolated times ...some of us succumb to these silences and go within...we need to not just make relationships but also constantly nurture them....Sushants unfortunate demise has been a huge wake up call to me ...to my level of compassion and to my ability to foster and protect my equations.....I hope this resonates with all of you as well....will miss your infectious smile and your bear hug ....💔💔💔

This is heartbreaking....I have such strong memories of the times we have shared ...I can’t believe this ....Rest in peace my friend...when the shock subsides only the best memories will remain....💔 pic.twitter.com/H5XJtyL3FL

​Netizens were quick to post screenshots of the engineer-turned-actor, casually mentioning during interviews how he wasn't invited to the social gatherings of Bollywood's inner circles on social media. Interview excerpts of other self-made stars like Ayushmann Khurrana and his experiences with being denied work by Karan's production house Dharma are also splashed all over social media.

Ugh, cut the trap @karanjohar. No one lives and breathes nepotism more than you. Your toxic nepotism is sickening. https://t.co/ToNqwNtidj

Your god father disowned him a long back he actually stab him on back.. #Alia pic.twitter.com/xqEj7uYrbW

Look at body language while he was talking about #Nepotism, he was making sure very hard not say anything which can land cartel in uncomfortable situation.#RIPSushant #2020worstyear #alia#depression #KaranJohar #KanganaRanaut pic.twitter.com/usGEw70jXg

​In the recent years, Bollywood has witnessed star-studded launches of several young actors including Ananya Pandey, Sara Ali Khan, Janhvi Kapoor, Tara Sutaria, Tiger Shroff, Alia Bhatt, Varun Dhawan and others -- related to film families in India. All of the star kids were launched by established Bollywood directors including Karan – who many star kids refer to as their “godfather” in the movie business.

On the other hand, actors from outside like Sushant, Kangana, Ayushmann, Bhumi Pednekar, Rajkummar Rao, Kartik Aryan and Nawazuddin Siddiqui among others did not have it as easy as the star kids – and they have been publicly vocal about it.

To all those who are justifying Alia #alia amidst the demise of #SushantSinghRajput
There are a million Alia bhatt, a million better than her , but they never got a chance , she got it because she was a star kid
YOU ALL NEED to know
BECAUSE EVERY HOUSE IN INDIA, A star is born pic.twitter.com/823ykZzUG3

Kangana on nepotism: “Star kids are much more protected. They know many things already; how to talk to the media, staff and producers. But when we come we learn and we learn the hard way.” pic.twitter.com/jUsFJYAaQt

​Bollywood is considered a hyper-competitive industry to thrive and survive in, especially for outsiders.

Sushant, who was a ranker techie in the country, changed the trajectory of his career when he quit IT and entered the entertainment industry – which he thought was his calling.

From a background dancer to a successful TV soap actor, the actor finally debuted in Bollywood in 2013 with a superhit film titled “Kai Po Che”.

His recent films, “Chhichore” and “Kedarnath” were also successful, and were critically acclaimed at the box office.

The late actor will be seen in a ready-for-release Hindi adaptation of “The Fault in Our Stars”.