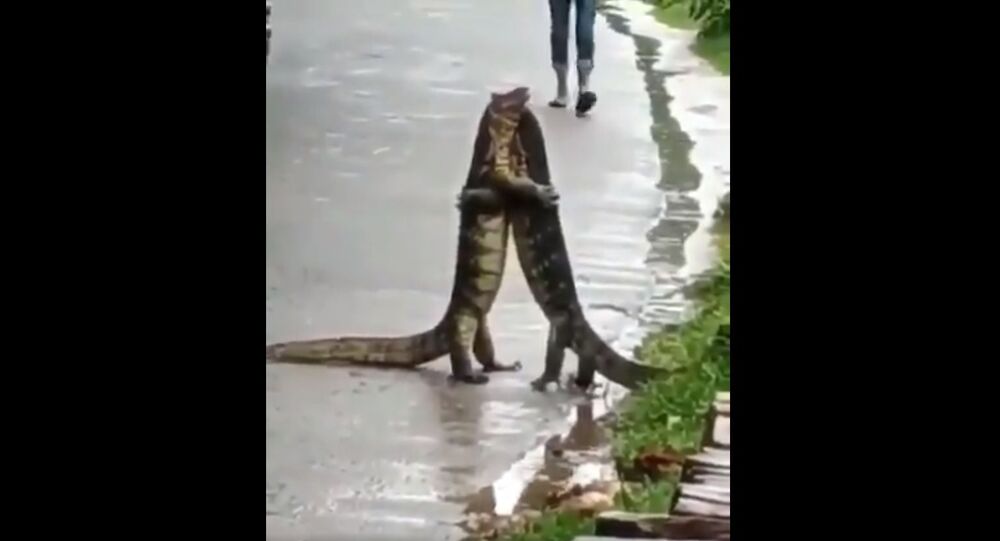 New Delhi (Sputnik): In times of social distancing, meeting loved ones has become something of a luxury. Not just humans, but even animals seem to be missing their pals in India – which has observed the world’s biggest lockdown in its fight against novel pandemic Coronavirus since 25 March.

Indian Police Service officer Dipanshu Kabra on Friday left his followers on Twitter in tears of happiness with a video of two adult monitor lizards hugging each other on the side of a busy road in India.

​The 52-second video, which seems to have been recorded after rain showers in the area, soon began making rapid rounds on social media, with netizens calling this bromance or romance “sweet”.

​Some people also suggested that the lizards are not hugging, but actually trying to bruise each other.

​Though Kabra is posted in the state of Chhattisgarh in central India, the location where the video was captured remains unclear. Some netizens, however, suggest that the clip was recorded in Kolkata, a city in West Bengal.