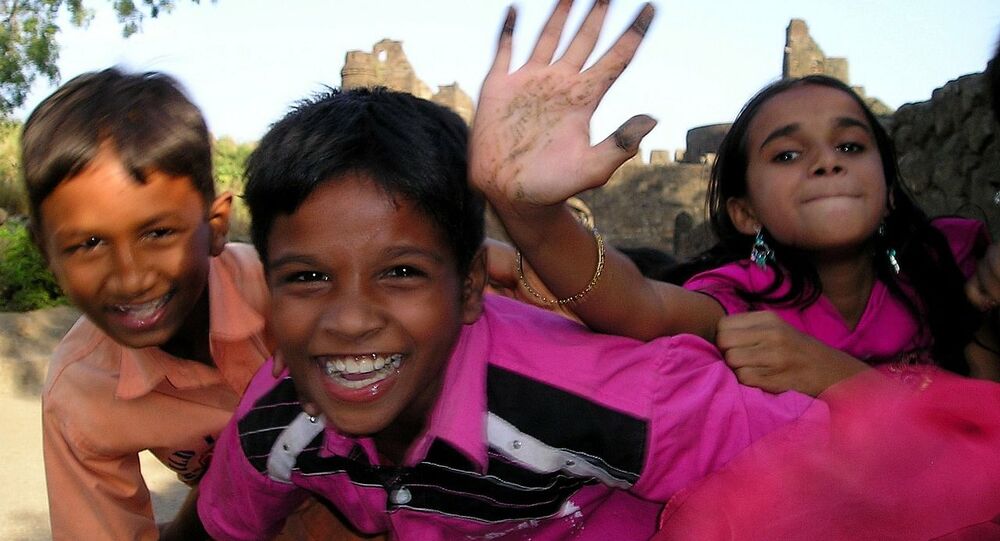 New Delhi (Sputnik): The past few weeks have witnessed a global uproar against racial discrimination, after a black man named George Floyd was suffocated to death by police official on the side of a fairly busy street in Minnesota, US. People from around the world are shouting #BlackLivesMatter with holding major protests across major cities.

India's eastern state of West Bengal on Friday suspended two government pre-primary school teachers posted in the East Burdwan district for using an unauthorised English book to teach children the alphabet – where the letter “U” was paired with the word “Ugly” along with a caricature of a dark skinned boy.

In light of the raging Coronavirus outbreak in India, where the number of cases has officially surpassed that of the UK, students are attending online classes from home. This matter, however, came to attention after a parent spotted the derogatory reference, where the word “ugly” was associated with dark skin, and informed other parents.

Soon after, the education department of the state was informed and the teachers were served official suspension letters with immediate effect.

Partha Chatterjee, the Education Minister of West Bengal, addressed the subject and revealed that the state had a zero tolerance policy towards the promotion of such prejudices.

"The book is not part of the textbooks referred by the education department. It was introduced by the school itself," media reports quoted Chatterjee as saying.

The state education minister also said a stricter action would be taken against the teachers in coming days, based on the needed investigations.

Currently, people in the US, Canada, Australia and UK among many other parts of the world are marching on streets against racial discrimination.

​In India also, the #BlackLivesMovement has witnessed support on social networking platforms, however no protests have been observed in the country as of now.